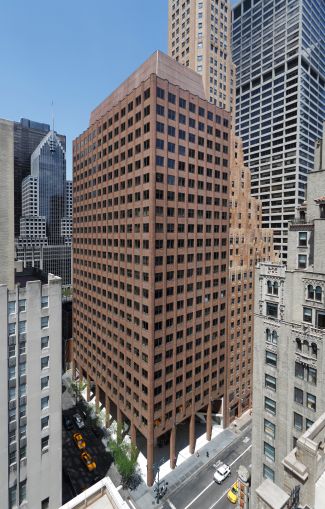 The company will occupy the entire seventh floor of the 22-story building at the corner of East 50th Street, Commercial Observer has learned. The new digs will open in the first quarter of the year. Knotel locked down a 10-year deal for the space, which had an asking rent of $75 per square foot, according to a Rudin spokeswoman.

“560 Lexington is a coveted building given its recent renovation and convenient location,” Amol Sarva, Knotel’s chief executive officer and co-founder, said in a statement. “Our growth in Midtown reflects the continued interest in flexible and serviced office space from large and established enterprises.”

Knotel has ballooned to more than 30 locations in New York City and San Francisco since launching in 2015. It signed a 25,000-square-foot deal at 400 Madison Avenue last month, and a 23,429-square-foot lease at 123 William Street as well as a 20,955-square-foot transaction at 551 Fifth Avenue in November 2017, as CO reported. (Disclosure: Observer Capital, led by Observer Media Publisher, Chairman and Chief Executive Officer Joseph Meyer, is among the company’s investors.)

Elie Reiss of Skylight Leasing, who represented Knotel, declined to comment on the transaction. Kevin Daly of Rudin Management Company, the Rudin family’s operating arm, handled the deal for the landlord in-house.

“Knotel is a prime example of the 21st century firms who are discovering 560 Lexington Avenue’s vitality in terms of transportation, proximity to dining and shopping, and entertainment,” said Michael Rudin, a senior vice president at Rudin Management Company, in prepared remarks. “This transaction is yet another positive indicator for our building and for the strength of the Midtown East office district.”

As a result of the Knotel deal, the tower is 100 percent leased. Existing tenants at the 400,000-square-foot property include Vodafone, Merrill Lynch, Mitsui Sumitomo Marine Management and KPMG.