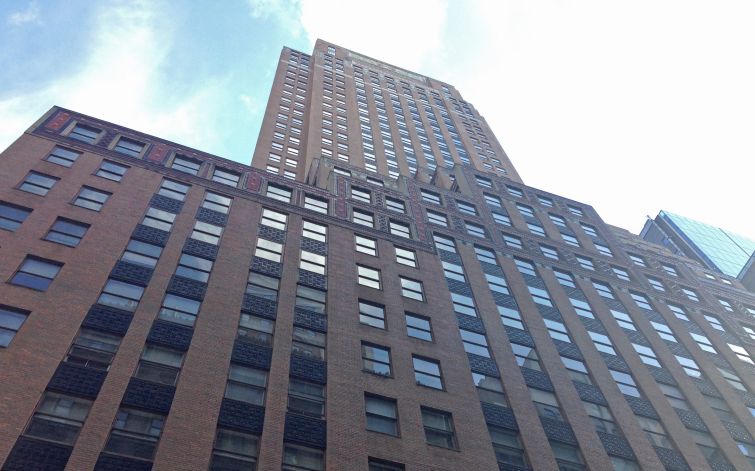 Startup office provider Knotel is continuing its prolific rate of expansion with two new deals for office space in Downtown and Midtown Manhattan, pushing the company’s portfolio to more than 500,000 square feet under lease.

In the Downtown deal, Knotel agreed to a 10-year lease last week for 23,429 square feet at 123 William Street in the Financial District, it announced Monday. The company will occupy the entire 14th floor at the 27-story, roughly 540,000-square-foot building between Fulton and John Streets beginning in February.

Knotel was represented by Elie Reiss of Skylight Leasing, while Brad Gerla and Jonathan Cope of CBRE represented the landlord, American Realty Capital New York City REIT. It is the second time the office provider has signed a deal with the AR Global-affiliated, non-traded real estate investment trust; in September, Knotel agreed to take more than 26,000 square feet across three floors at the REIT’s 9 Times Square.

While Knotel declined to provide asking rent, CoStar Group data indicates that it was in the low-to-mid-$50s per square foot for the 14th floor. Neither Skylight nor CBRE could immediately be reached for comment. Other tenants at 123 William Street include the Planned Parenthood Federation of America and the New York State Department of State.

Knotel did not identify the company it is subleasing the space from at 551 Fifth Avenue—describing it as an unnamed “hospitality management company”—but CoStar data and previous reports identify the tenant as boutique hotel owner and operator Denihan Hospitality Group, which signed a 15-year lease for more than 50,000 square feet at the Feil Organization-owned building in 2007.

The office provider’s sublease at 551 Fifth Avenue will run through the end of Denihan’s lease on the space in 2022. Tom Kaufman of InterRelate Group represented Knotel in the transaction while Mark Weiss and Alan Wildes of Cushman & Wakefield represented Denihan, according to sources with knowledge of the deal. InterRelate declined a request for comment, while representatives for C&W did not immediately provide comment. CoStar data indicates asking rent in the sublease was in the low-to-mid-$50s per square foot. Other tenants at the French Building include law firm Kleinberg, Kaplan, Wolff & Cohen and Pace University.

The two deals mean Knotel has now racked up more than 500,000 square feet of office space across more than 25 locations in Manhattan and Brooklyn and one location in San Francisco, which the company recently announced as its first market outside of New York. The startup’s rapid growth has been fueled by a $25 million Series A funding round it secured in February. (Disclosure: Observer Capital, led by Observer Media Publisher, Chairman and Chief Executive Officer Joseph Meyer, is among the company’s investors.)

Unlike coworking companies like WeWork, which provide office spaces that are available to a multitude of users, Knotel arranges short-term and rolling lease agreements with small- to mid-sized businesses that effectively sublease office space from the company on a single-user basis.

It is a model that has served the company well to date; Knotel started the year with around 100,000 square feet of space in its portfolio, according to Eugene Lee, the firm’s global head of real estate and business development, and “fully expect[s]” to meet its stated goal of eventually having 1 million square feet under its umbrella in the coming months.

“We’re in discussions with a lot of different owners and properties [for more space],” Lee said. “The business is continuing to perform, and that means that our locations across the board are filling up really fast.” While much of Knotel’s New York City footprint concentrated in the tech- and media-heavy Midtown South office market—particularly the areas around Union Square Park and Madison Square Park—recent deals in Downtown and Midtown indicate the office provider’s intention to grow in those areas, as well.

While much of Knotel’s demand comes from “high-growth companies,” such as startups and small businesses that are drawn to the flexibility that comes with Knotel’s short-term office leasing model, Lee said the company is seeing “more and more interest from established corporates.”

Such companies “lean more toward wanting to be in Midtown and Downtown, [so] we’re building out our presence in those markets,” he said.