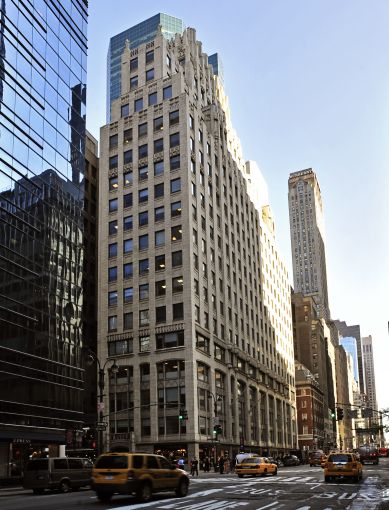 Knotel signed a 10-year deal this week to occupy part of the third floor and the entire fourth and seventh floors at the 22-story, 200,000-square-foot office building between East 47th and East 48th Streets, according to sources with knowledge of the transaction.

The startup, which provides short-term and rolling lease agreements to mostly small- to mid-sized business that effectively sublease their office space from Knotel, expects to take possession of the floors in December. Asking rent in the deal was not immediately clear.

“With more established businesses, including Fortune 500 companies, turning to Knotel for flexible headquarters space, we are excited to continue expanding our footprint and product offering with a great asset like 400 Madison Avenue,” Eugene Lee, Knotel’s global head of real estate and business development, said in a statement.

Representatives for JLL, which represented Washington, D.C., area-based investment firm ASB in the transaction, did not immediately return a request for comment. Knotel had no outside broker representation in the deal.

Knotel has grown its office footprint at a prolific rate since securing a $25 million Series A funding round in February. (Disclosure: Observer Capital, led by Observer Media Publisher, Chairman and Chief Executive Officer Joseph Meyer, is among the company’s investors.) The company announced earlier this month that it had surpassed 500,000 square feet of space under lease across more than 25 locations in Manhattan and Brooklyn and one location in San Francisco—which it recently ventured into as its first market outside of New York City.

The Art Deco building at 400 Madison Avenue, which was built in 1929, mostly caters to small-office users, many of which take advantage of its prebuilt suites ranging up to 4,500 square feet and shared tenant lounge and conference room facilities.