Church Street School for Music and Art Relocating Within Tribeca 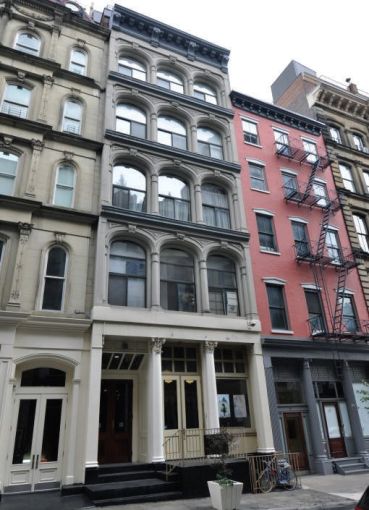 Facing an untenable monthly rent, Church Street School for Music and Art wanted to find a new home. After a two-year search, the Tribeca-based non-profit school for the arts, has found new 6,333-square-foot digs within the neighborhood, at 41 White Street between Church Street and Broadway.

CSS, which serves students of 16 months through adulthood, signed a 15-year lease for a three-level space (almost evenly between the ground floor, lower level and sub-basement) formerly occupied by the Flea Theater (which relocated to 20 Thomas Street after nearly 15 years on White Street), according to information provided by Lee & Associates NYC. The rent is $25,000 per month. The location comes with two fully built-out performance spaces, acoustical partitions that may be easily divided into classrooms, and several dressing rooms that will be converted into individual practice rooms.

“We now have a doable rent in a space with so many benefits, that we will be able to move in by February,” CSS Executive Director Lisa Ecklund-Flores, who founded the non-profit music and arts school in 1990, said in a statement.

At its current location at 74 Warren Street between Greenwich Street and West Broadway, CSS’ rent has escalated to $48,000 per month. Moving to Benchmark Real Estate Group’s 41 White Street will save the school approximately $276,000 per year, Lee & Associates NYC noted in a news release.

“CSS is an amazing resource and treasure for the Downtown Manhattan community,” Lee & Associates NYC’s Peter Braus, who represented CSS in the deal, said in a prepared statement. “Helping them relocate and stabilize their financial future has been a great honor and pleasure for me.”

Benchmark acquired the five-story residential walk-up building at 41 White Street as part of a three-building package for $59.5 million in July 2017.

Andrew Stern of RKF, who represented Benchmark in the CSS lease, touted the perks of the space in an emailed comment: “The layout used by the former tenant was ideal for the school so they didn’t require investing a large capital expenditure to retrofit it to their needs. There are two performance spaces and the sub-lower level (built out as offices), will be used as rehearsal spaces. Additionally, being located on the ground floor, the lower level and sub-lower level, all of which are legal selling space, provided them with the space they needed at a blended rent they could afford.”

Update: This story was edited to include a comment from the broker representing the landlord in the transaction.