FiDi Gristedes to Bite the Dust 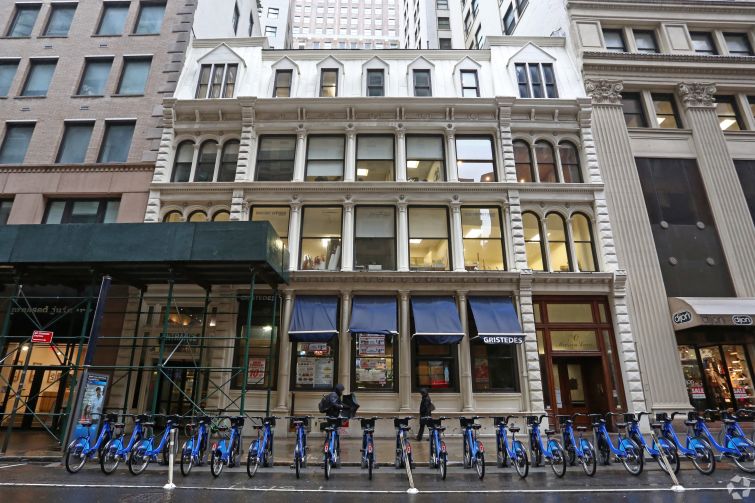 Red Apple Group’s John Catsimatidis is looking to close his Gristedes in the Financial District, Commercial Observer has learned.

The 5,500-square-foot store (with 360 square feet below grade for storage) at 90 Maiden Lane near Pearl Street is available for a 10-year sublease, CPEX Real Estate marketing materials indicate. Catsimatidis said that Gristedes supermarket has been open for 30 or 40 years, but now it’s “a little too small for us.” A partnership led by Normandy Real Estate Partners owns the building. The asking rent is $165 per square foot, according to a spokesman for CPEX.

“After [Superstorm] Sandy [in October 2012], we lost power for a week,” Catsimatidis said. “We never really made a comeback.”

The supermarket magnate is also looking to lease the 7,793-square foot space occupied by a Gristedes (plus 1,870 square feet of storage space on the lower level), at 71 South End Avenue at West Thames Street in Battery Park City, as The Real Deal previously reported. The asking rent is $70 per square foot, the CPEX spokesman told CO. Catsimatidis said the supermarket has been open for about 20 years.

“We have two stores in Battery Park City,” Catsimatidis said. “We look at more efficiency. That one is not doing as well. And the other store will pick up the sales.” That other one is at 315 South End Avenue.

Timothy King of CPEX, who is marketing both properties for Catsimatidis along with CPEX’s Dimitri Venekas, questioned the logic of having two Gristedes so close to each other.

“I don’t quite know why he opened two,” King said. “They probably cannibalized each other. His desire there is to find a tenant who is not in direction competition [with his other market].” At the Maiden Lane location, King added, any type of tenant is welcome.

Between its Gristedes and D’Agostino markets, Red Apple today has about 35 stores, Catsimatidis told CO in June, when discussing why he was closing the last Red Apple Supermarket, in Downtown Brooklyn. The Red Apple head said the company is evaluating all of its leases, and previously he noted that his markets are functioning as convenience stores.