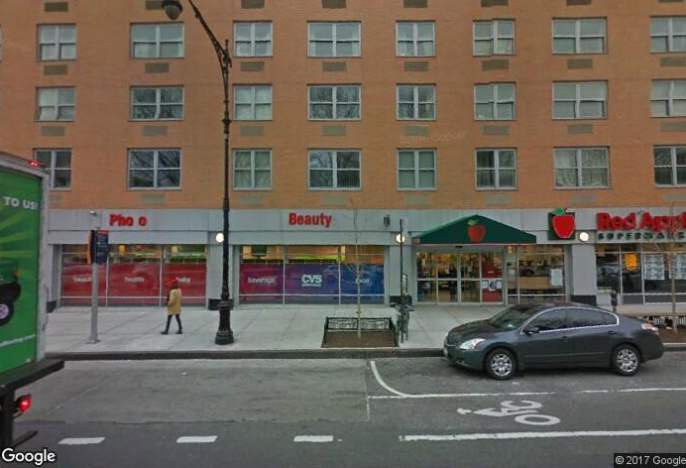 Red Apple Supermarket in Downtown Brooklyn is closing for good in the next couple of months, Commercial Observer has learned, marking the end of an era for the supermarket chain.

After less than six years in operation, the market is closing at 218 Myrtle Avenue near Navy Street, said Red Apple Group’s John Catsimatidis, the owner of the market and the building. The market spans 1,340 square feet at grade and 10,000 square feet on the lower level.

“It was just an experiment,” Catsimatidis said, to see “if we can sell for lesser prices in Brooklyn.”

When the market opened in late-October 2011, it was welcomed news as it was the first new full-service grocery store to come to the neighborhood in many years, as The New York Post reported at the time. Politicians including then-Borough President Marty Markowitz were involved in the grand opening, the Post noted.

CVS/pharmacy occupies roughly 8,000 square feet feet of retail on the ground floor and will remain open, Catsimatidis said. Above the retail is the Andrea, a nine-story residential building with 95 apartments that Red Apple Group developed in 2010. Catsimatidis has owned the site since 1982, property records indicate.

As the supermarket industry has undergone a transformation, Red Apple Group has seen a dramatic shrinking in its supermarket holdings. Between its Gristedes and D’Agostino markets, Red Apple today has about 35 stores, Catsimatidis said, primarily in Manhattan. That is down from nearly 100 markets Red Apple had in its portfolio at its peak 20 years ago. Of those 20 or 30 were Red Apple Supermarkets, Catsimatidis said.