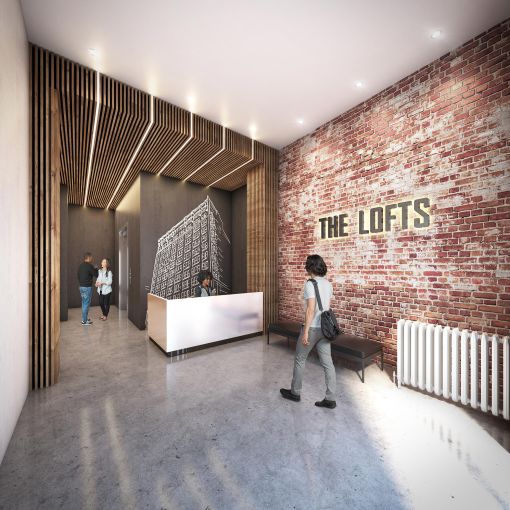 Amsterdam-based workspace provider Spaces has leased 103,000 square feet across seven floors in a building known as The Lofts at 424-434 West 33rd Street, the landlord told Commercial Observer. The coworking company will take the seventh through 13th floors in the top half of the former printing loft building between Ninth and 10th Avenues.

The asking rent in the 10-year deal was in the high $70s per square foot, according to David Cheikin, an executive vice president at Brookfield. Spaces will get its own private entrance and lobby, as well as a 2,000-square-foot rooftop and multiple terraces. The building has 15,000-square-foot floor plates, exposed steel beams, and high ceilings, plus newly revamped elevators, lobbies and mechanicals.

“Our average tenant size at Manhattan West is 200,000 square feet,” Cheikin said to CO. “We wanted to provide those tenants with the ability to grow and shrink a bit and provide them WITH the resources for conferencing and flexible work environments.”

He also explained that the loft building will connect to Manhattan West’s 250,000 square feet of retail, anchored by a 60,000-square-foot Whole Foods.

Brookfield had originally planned to knock down 424-434 West 34th Street in order to amass a larger site that would allow for a big retail and hotel project, Cheikin said. “But when we actually got into the building, we realized it was a really good turn-of the century printing loft building that added some authenticity to our site of what the neighborhood used to be.”

Spaces is planning to make The Lofts its flagship outpost in the five boroughs, where it already has 44 locations and 1.3 million square feet of offices, according to Michael Beretta, the vice president of network development in Spaces’ Americas division. This will also be its largest space in the city, where typical Spaces locations average 30,000 to 50,000 square feet apiece.

Mosler declined to comment on the deal, and a spokesman for JLL didn’t immediately respond to a request for comment.

The seven floors will be constructed with movable walls, prebuilt suites, large coworking areas, conference rooms and event spaces. The interiors are going to be renovated with a “cool and contemporary design that’s European in nature and a mix of casual and interesting while still remaining a very professional place where companies can do business,” Beretta said. He added that the company chose The Lofts because it’s a building with “character” but the project will offer all the amenities of new construction, including a significant retail component.

Spaces already rents at a few other Brookfield properties, including 245 Park Avenue, 1 Liberty Plaza and Brookfield Place. It expects to open at Manhattan West in late 2018.

The lower half of 424-434 West 34th Street is currently home to several small office tenants. All of them will be vacated by 2021, when Brookfield plans to put the building’s remaining 100,000 square feet of office space on the market.