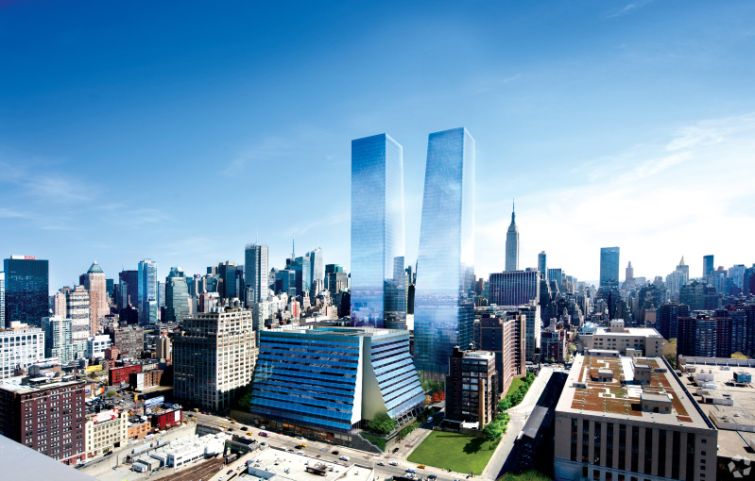 Whole Foods Market is close to finalizing a lease for a 60,000-square-foot store across two floors at the base of 5 Manhattan West, Commercial Observer has learned.

The transaction will mark the first of a couple big deals to be signed this year in the 250,000 square feet of retail space spread across Manhattan West, an eight-acre, six-building mixed-use development stretching from Ninth to 10th Avenues and West 31st to West 33rd Streets. Smaller tenants will be filled in in the middle of next year.

The retail rent on the ground floor ranges from $250 to $400 per square foot, and Whole Foods’ deal is for 20 years, one source said. The deal includes a landlord-funded build-out of the space, which spans the ground and plaza levels, another source said.

JLL’s Patrick Smith and his team represented the landlord, Brookfield Property Partners, along with Michael Goldban and Mark Kostic, both in-house. SCG Retail’s Chase Welles and Jacqueline Klinger represented Whole Foods. Smith, Welles and Klinger were unreachable and a spokesman for Brookfield declined to comment.

Brookfield today announced the opening and leasing launch of The Eugene, a 62-story residential tower at Manhattan West. It is the first new building to open at the mixed-use project in the Hudson Yards district.