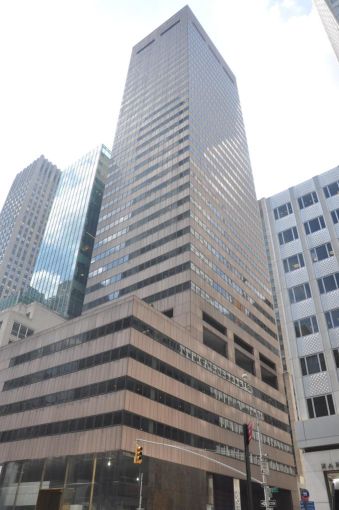 The loan replaces a previous $97 million Aareal mortgage from 2014, and provides an additional $128 million in bridge financing, according to property records.

In 2013, SL Green and Sutton acquired a 49-year leasehold for the existing 30,000-square-foot retail portion of the 36-story, mixed-use office tower, The Wall Street Journal reported at the time, and moved to clear additional square footage.

Nearly a year ago, CO first reported that the joint venture completed a deal with Nike to give the sports apparel brand nearly 70,000 square-feet at the location on a lease worth $700 million over 15 years.

A source with knowledge of the Nike lease deal told CO at the time that Sutton and SL Green “added floors to the retail box to make it over 60,000 square feet.” Together, with the additional retail floors, the partners bought out the leases of Godiva and Devon & Blakely, located in the building’s lower level, which gave Nike 100 feet of frontage on Fifth Avenue. The deal nabbed “Most Ingenious Deal of the Year” honors from the Real Estate Board of New York as well as the “Deal of the Year” award from CO.