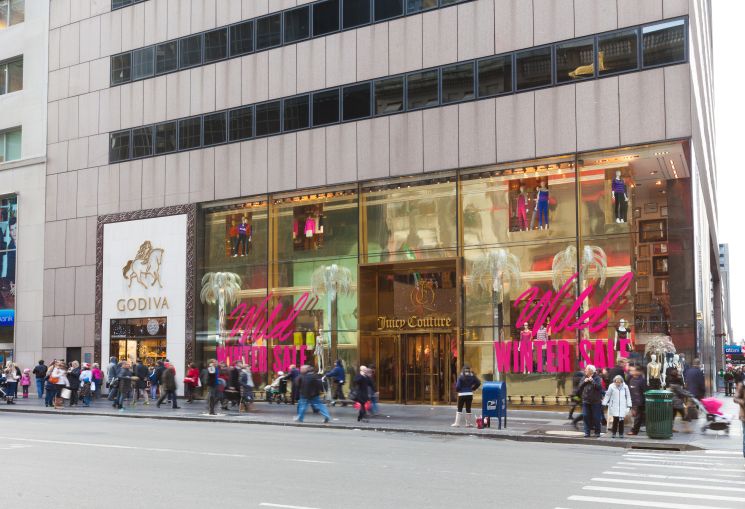 Nike has sealed a 15-year deal for a 69,214-square-foot store that spans seven floors at 650 Fifth Avenue near West 52nd Street (including the lower level), Commercial Observer has learned. The asking rent for the 7,000-square-foot ground floor was $4,000 per square foot, with a total starting rent of $34 million, a source with knowledge of the deal told CO. (Victoria’s Secret next door has 9,200 square feet at grade, with a starting rent of $31 million, the source noted.)

Through a 50-50 joint venture, SL Green Realty Corp. and Jeff Sutton acquired a 49-year leasehold for the existing 30,000-square-foot retail portion of the office tower at 650 Fifth Avenue in 2013, according to The Wall Street Journal. That space included the basement, first, second and third floors, and at one point was home to Juicy Couture. Now the venture has “added floors to the retail box to make it over 60,000 square feet,” the source said. In addition, it has bought Godiva at grade and Devon & Blakely in the lower level out of their leases at the location. This will give Nike 100 feet of frontage on Fifth Avenue.

It’s not clear if Nike is abandoning its Niketown space at Trump Tower at 6 East 57th Street at Fifth Avenue, but the company has been looking for space for a while. Indeed, it was working on a deal for FAO Schwarz’s former 53,000-square-foot flagship space at the General Motors Building at 767 Fifth Avenue, but “they took a little too long, and Under Armour took that space,” the source said. Meanwhile, Nike opened a 55,000-square-foot store at 529 Broadway at Spring Street in Soho on Nov. 18. Sutton and partners own the six-story retail building.

Joanne Podell of Cushman & Wakefield represented Nike in the 650 Fifth Avenue deal. She didn’t respond to a request for comment. Sutton and spokespeople for SL Green and Nike declined to comment.

Update: This story was edited to clarify the square footage and number of stories the Nike space will span.