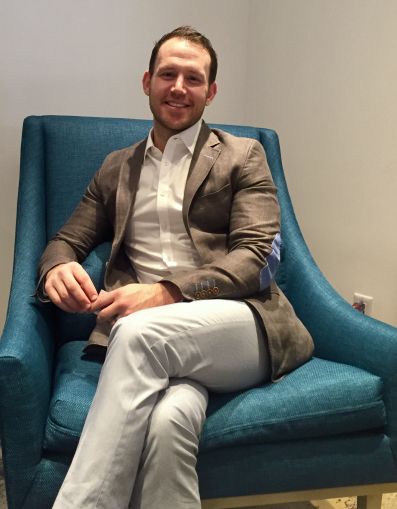 On the second day of CRE Finance Council’s industry leaders conference in Miami, Commercial Observer met with Mesa West Capital’s Russell Frahm to discuss what it’s like to be a nonbank lender when alternative capital is in such high demand.

Commercial Observer: When did you join Mesa West?

Frahm: I joined the New York office in 2010 and we’ve grown since. Our office originated more than $1 billion last year, it was a good year for us. Our business is really 50/50 in terms of east coast/west coast.

How much debt did the entire firm place in 2016?

We did roughly $2.5 billion, which was a little more than the year before. And that’s what we’re hearing from a lot of guys in the business: that they saw a little year-over-year growth but nothing crazy [or unsustainable]. In 2017, we’re hoping to do anywhere from $2.5 billion to $3 billion.

Our average deal size is about $70 million, but the range in size is anywhere from $30 million to $300 million.

So many of the conference attendees are nonbank lenders. Are you seeing more players and more competition in the market?

Yes. And there are a lot of smaller funds doing deals in the $5 million to $20 million range. [Because of our deal size] we’re competing with the Blackstone Group, ACORE Capital and Starwood Property Trust, among many others.

We just closed our fourth fund, which has $900 million in equity.

Is the company looking to grow?

We actually just [opened an office] in Chicago, so now we’re getting a lot of deals in that part of the country.

What region do you cover?

All of the New York office does deals in New York, but I also focus on the Southeast. I try to come down to Atlanta and South Florida at least once a month, because being a New York guy, the big players down here will forget about you if they don’t always see you. And a lot banks have offices down there.

The only problem with the Southeast is getting volume. Generally, the deal size is smaller.

We will continue to pursue deals in those markets, but will likely be more selective on deals outside of major “central business districts.”

What’s your favorite type of deal to do?

Multifamily, but it’s hard to find. I like doing transitional multifamily in New York City, too. We can do a more leverage than a bank as they are generally sizing off in-place cash flow. Banks come in at 50 [percent loan-to-value], but we can do deals at 65 [percent] as we underwrite our exposure on a stabilized basis. Cash flow will drive pricing on a deal, but we are a transitional lender and nearly all of our deals have a value-add component to them. I did about $200 million in multifamily deals in New York in 2016.