Q3 State of the Market Report: A Q&A With Eastern Consolidated’s Peter Hauspurg 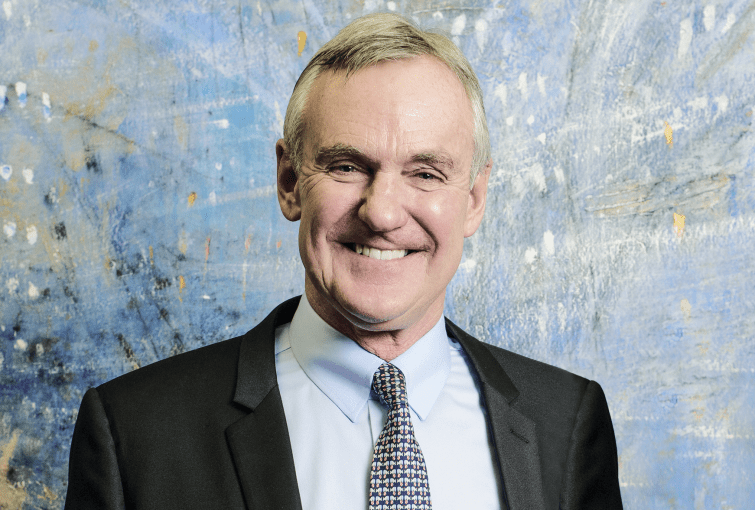 Founded in 1981, Eastern Consolidated is a prominent full-service real estate company with three core and complementary service lines — investment sales, retail leasing, and capital advisory – focusing on both market and off-market transactions, and with a diversity of local, national, and international owners, investors, and sources of capital. In recent months, the firm arranged a diverse array of transactions, including a $215 million construction loan for a 27-story, 170-unit condominium in Hudson Square, the $80 million sale of an Upper West Side development site, and a 4,400-square-foot lease in Soho for the studio of celebrity tattoo artist Bang Bang who counts Rihanna, Katy Perry, Lebron James and Miley Cyrus among his clients.

We spoke with Chairman and CEO Peter Hauspurg for a market overview of the current investment sales and retail leasing and financing environment.

Commercial Observer: Now that we are beyond the midway point of the year, how was the NYC investment sales market in first half of 2017?

Peter Hauspurg: New York is a market—and a city—unlike almost any other, with ongoing international appeal from local, national, and international investors, including institutions, and private high-net worth individuals. With the expiration of 421A at the end of 2015, land deals ground to a halt. It was widely predicted that apartment sales were going to fall precipitously. Yet in the first half of 2017 almost exactly the opposite occurred. Velocity of condo sales citywide increased by 17 percent from 2Q16 to 2Q17, with an increase in sales in all but the very high-end sector where apartments in the $15 to $25 million range in off locations remain unsold. Now with the adoption of the new Affordable New York Housing Program, the successor to 421A, combined with the overall strength in the condo market, we’ve seen land prices firm up and more deal activity. Multifamily continues to be a strong sector, backed by a wide and diverse range of well-capitalized lenders eager to transact in what historically has proven to be a lucrative asset class that appreciates over time. We all also expected interest rates to rise in the first half of the year, yet to our surprise, they’ve gone down.

PH: Retail is the most fascinating real estate sector right now, as the conjoined impact of e-commerce and Millennial shopping patterns are forcing tenants and landlords alike to quickly—and in some cases, drastically—re-envision their business models. The short-term impact is such that there has been a dramatic drop in values and asking rents, especially along high street retail corridors—Fifth Avenue, Madison Avenue, and Broadway between Canal and Houston. Yet neighborhood retail outlets like restaurants, gyms, and daycare centers are thriving. Those rents typically range between $100 and $150 per square foot, levels that allow businesses to survive, if not thrive. We are also seeing remarkable success with local, specialty experiential retailers who are attracting consumers with unique concepts. But retailers who had been able to afford $500 to as high as $3,000 per square foot rents are starting to disappear. Until recently, global or high-end specialty retailers were able to justify a single loss-leader store, essentially as a marketing and branding opportunity in New York City. Those days are predominantly over. Each store needs to justify itself as a stand-alone business, which is difficult to achieve at those higher-end rent levels. It rarely pencils out.

How are you finding the performance of the institutional market?

PH: It’s down significantly. While Manhattan recorded 55 trades over $100 million in the first half of 2016 across multiple asset classes, velocity dropped to just 15 trades in the first half of 2017. During that time, the aggregate sales values also dropped, from $17.7 billion to $6.7 billion in the $100 million+ market. Of significant interest, more than 60 percent of the $100 million+ acquisitions came from five foreign firms based in China, Singapore, and Canada. Chinese-based HNA Group’s $2.21 billion investment in 245 Park Avenue accounted for half of these international transactions. Since then there’s been a clear pullback by Chinese investors. We expect that they will be a much smaller part of the investment market for the near future at least.

What impact will the Midtown rezoning plan have on development?

PH: Considerable media attention has been given to the Midtown East rezoning, but we expect that it will take a decade or more before it will have any material effect. Longer-term, the rezoning has the potential to create an incredible corridor with state-of-the-art properties and enhance values in that area, but near-term there are very few buildings that meet the city’s criteria and are suitable for a conversion.

Eastern Consolidated transacts both in New York City and throughout the country. Where are you currently focused?

PH: Eastern Consolidated has always completed transactions nationally and with international buyers, sellers, and lenders. New York City is the real estate capital of the U.S., if not the globe, so we are hyper focused on New York, but our reach has always been international. We recently completed a $63.25 million office transaction in Boston, at the site of a former Barnes & Noble, where we arranged the sale of the property to an investor group from Chicago. Boston has become a desirable market among investors from other cities, especially as technology and innovation accelerates there. Much like New York, Boston has tremendous intellectual capital, and is a center for higher education and healthcare, with an affluent population. We also continue to arrange transactions in Miami and Los Angeles, largely because New York-based investors are attracted to those markets.

How about construction financing?

PH: The construction financing market is an interesting space right now. Overall there has been considerable pullback on construction financing in the last 12 to 15 months, as lenders have become more conservative, requiring developers to put more money into their projects. But we continue to have success. Most recently we arranged a $215 million bank loan for Cape Advisors and the U.S. arm of China Construction to build a 27-story, 170-unit luxury residential condo at 537 Greenwich Street. We also just arranged $52 million in construction financing for a condo development in Tribeca. We have additional transactions in the pipeline, with several hundred million dollars in construction loans we expect to close in the next 60 days. In total, we have arranged approximately $1.5 billion in construction debt over the last 18 months, with no signs of slowing down. For us, anyway, it continues to be an active market. There are multiple opportunities to arrange construction financing if you have the right relationships with lenders and can pull together creative packages and at terms your clients can accept.