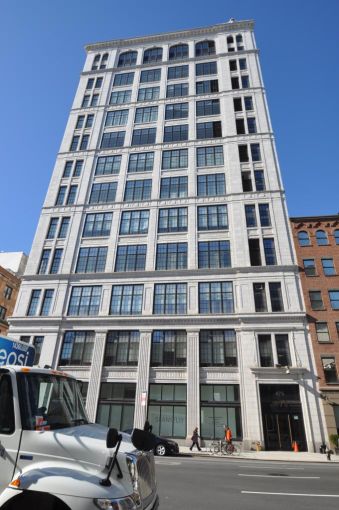 Fashion PR agency KCD Worldwide is moving its offices 20 blocks uptown on the West Side.

The marketing and event production company inked a 13,346-square-foot, 10-year lease for part of the eighth floor at 475 10th Avenue at the corner of West 36th Street in Hell’s Kitchen, according to CBRE. Asking rent in the deal was $68 a square foot. The company will relocate from the sixth floor of a brick loft building at 450 West 15th Street between Ninth and 10th Avenues in Chelsea.

Adler has owned the building since at least 1975, according to property records.

The 13-story loft building is already occupied by a number of creative tenants. Sean Kelly gallery moved into the ground-floor retail space in 2012, and the upper floors are home to architecture firms Richard Meier & Partners and James Corner Field Operations.