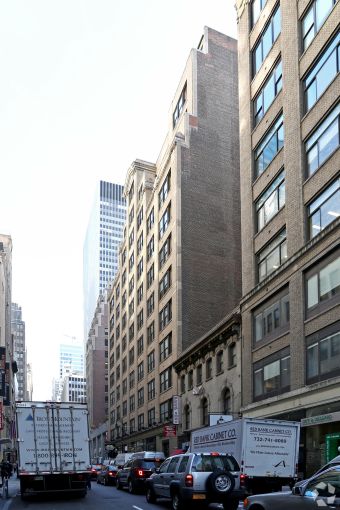 Digital marketing agency Definition 6 is heading from Union Square to the Garment District.

The firm inked a deal for 13,750 square feet on the entire second floor of 218 West 40th Street between Seventh and Eighth Avenues, according to The New York Post. The asking rent was $55 a square foot. The length of the lease wasn’t immediately clear.

Definition 6 is relocating from 79 Fifth Avenue at the corner of West 16th Street, where the company has occupied 20,053 square feet since 2012, according to CoStar Group.

“Definition 6 was looking for well-located, high-quality space and strong ownership,” Stern said in a statement. “The prebuilt second floor at 218 West 40th Street fit the bill perfectly, and its open floor plate and creative feel are an ideal match for the company’s culture.”

The two owners acquired the 12-story, 127,000-square-foot building as a joint LLC for $46.2 million in 2004, according to public records. Other tenants in the building include educational nonprofit National Academy Foundation, clothing brand Free People and longtime fabric supplier New York Elegant Fabrics.