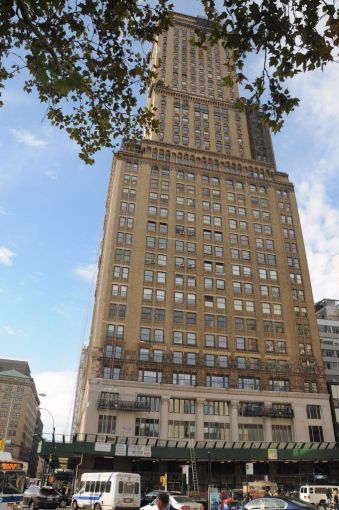 CIM Group has nabbed a $111 million loan from Barclays and Citi Real Estate Funding for 16 Court Street, property records show. The transaction occurred concurrently with SL Green’s  $171 million sale of the property to CIM, with both the loan and the deed transfer filed today.

The new debt replaces and consolidates a $79 million loan, provided by Wells Fargo in 2014, with a new $32 million gap mortgage.

The Real Deal first named the lenders on the loan last week.

As previously reported by Commercial Observer, SL Green announced in August that it would sell the downtown Brooklyn office tower to CIM in a deal that would close in the fourth quarter.

The 38-story, 317,600-square-foot property is located between Montague and Remsen Streets near Brooklyn Borough Hall. It is Brooklyn’s tallest commercial tower, according to SL Green’s website, and its offices vary in size from 500 to 14,000 square feet.

SL Green acquired the building for $107.5 million in 2007 along with Fisher Brothers and City Investment Fund, before obtaining full ownership of the property in 2013.

According to an announcement from CIM regarding the purchase, the company intends to improve 16 Court Street by modernizing the fire system and upgrading common areas. “Since 1994, CIM has made a commitment to enhance its properties by increasing sustainability, efficiency, and quality for tenants, residents and visitors as well as enhancing the character and value of the communities,” the announcement read. And it’s not CIM’s first Brooklyn project—other buildings in its portfolio include 25 Columbia Heights, 85 Jay Street, and 109 Montgomery Street and it plans to “build new or repurpose existing buildings in response to growth and changing market demands,” according to the announcement.

Representatives for Citi, Barclays and CBRE declined to comment.