CBRE grabbed assignment to secure $125 in financing for the purchase 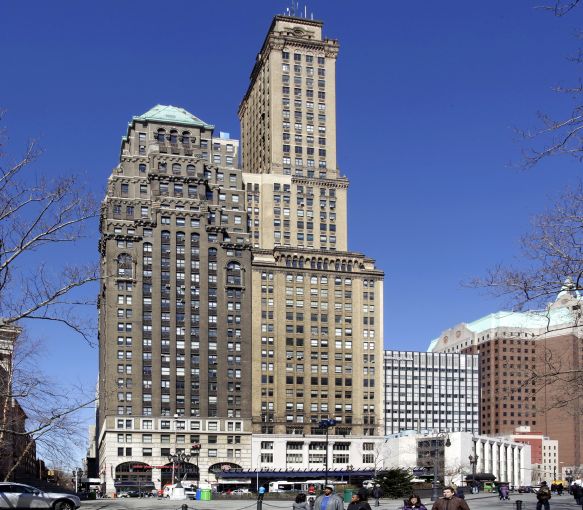 CIM is expected to close on the acquisition of the 36-story, 317,600-square-foot Montague-Court Building, located between Montague and Remsen Streets near Brooklyn Borough Hall, in the fourth quarter of this year. SL Green said the deal will generate net cash proceeds of approximately $164 million for the city’s largest commercial landlord.

The real estate investment trust acquired 16 Court Street for $107.5 million in 2007 through a joint venture with the Fisher Brothers– and Morgan Stanley-backed City Investment Fund, and subsequently obtained full ownership of the property in 2013.

CIM is seeking $125 million in financing for the purchase, according to representatives for CBRE, which has been tapped to source the capital. The borrower will look at floating-rate or fixed-rate loans. CBRE’s Tom Traynor and James Millon are handling the assignment.

“This transaction underscores SL Green’s strong track record of identifying and unlocking value in New York City office buildings,” Isaac Zion, the REIT’s co-chief investment officer, said in the release. “We foresaw the demand for revitalized office product in Downtown Brooklyn and are very pleased with the successful execution of our business plan.”

A spokesman for CIM Group declined to comment. The Los Angeles-based company is best known in New York City as the developer of 432 Park Avenue, the supertall luxury residential condominium tower it built with Macklowe Properties.

CBRE’s Darcy Stacom represented SL Green in the transaction. A CBRE spokeswoman did not immediately return a request for comment.

Update: This story has been revised to include information on the brokers handling the financing for the purchase.