Goldman Sachs to Lead $1.2B One Worldwide Plaza Refi: Sources 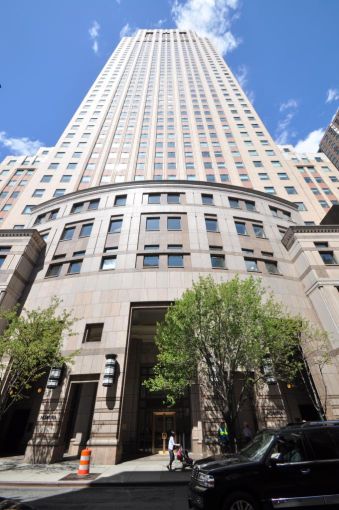 The loan is set to be securitized in a single-asset CMBS deal in the fourth quarter.

As first reported by Commercial Observer, RXR Realty and SL Green Realty Corp. entered into an agreement to buy a 48.7 percent stake in the trophy asset from New York REIT earlier this month, with an negotiated property value of $1.7 billion. The partnership’s purchase is expected to close on or before Nov. 1, and the $1.2 billion debt refinancing will occur concurrently with the closing.

Officials at SL Green confirmed that Goldman will lead the deal, but declined to provide further comment.

The 10-year, interest-only loan will have a “sub 4 percent” rate, Wendy Silverstein, New York REIT’s chief executive officer, said on an investor call earlier this month, although no lenders were named at the time.

Deutsche Bank previously provided a $710 million mortgage on the property in February 2013.

Officials at RXR Realty and Goldman Sachs did not return a request for comment. Officials at Deutsche Bank and New York REIT declined to comment.