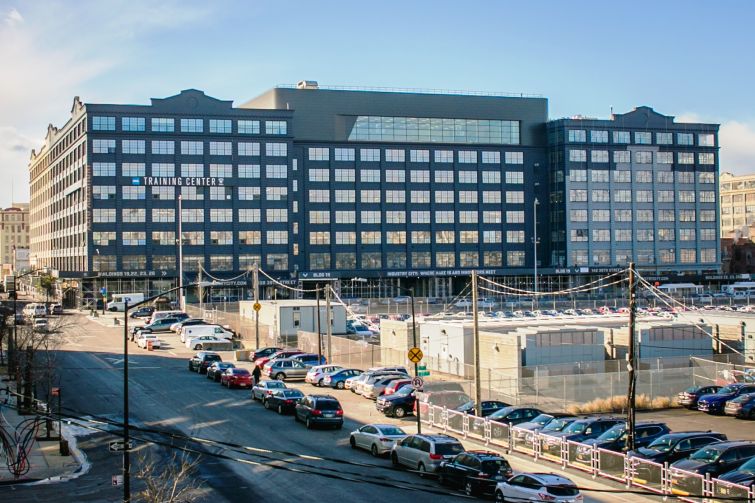 The proposals amount to 50 million square feet of potential commercial space in 23 different neighborhoods, the city said in a press release. More than 40 different organizations and developers submitted responses including at least 50 individual sites, according to the agency.

Just as it finished up work on the first phase of its biosphere-inspired headquarters in Seattle, Amazon issued a request for proposals from cities for a second headquarters on Sept. 7.

The e-commerce giant laid out preferences for cities with more than a million people, a stable and friendly business environment, and “the potential to attract and retain strong technical talent.” Amazon asked for cities to find sites that could offer up to 500,000 square feet of commercial space by 2019 and up to 8 million square feet beyond 2027. It expects to pour $5 billion into construction of the new campus, which would employ up to 50,000 workers.

A week later, EDC issued its own request for expressions of interest, canvassing for landlords and communities in New York who would be willing to meet Amazon’s ambitious requirements for a new campus. The city will present its proposal by October 19, which is Amazon’s deadline

“From the moment Amazon released its request for proposals, New York’s real estate, business, and community leaders have worked together to best position the city to win the company’s second headquarters,” Deputy Mayor Alicia Glen said in today’s release.

Borough presidents have also been making pitches to lure Amazon to their corners of New York City. Brooklyn Beep Eric Adams touted the construction of the “Innovation Coast” in Williamsburg and Industry City. As part of his proposal, Adams convinced a handful of powerful Brooklyn landlords to team up, in order to cobble together enough space to house Amazon’s massive proposed development. Jamestown, Rudin Management, Forest City New York and Rubenstein Partners agreed to band together, Crain’s New York Business reported. Jamestown could offer up all or part of its 6-million-square-foot Industry City complex in Sunset Park, and Rudin could lease out its Dock 72 project at the Brooklyn Navy Yard.

And Bronx Borough President Ruben Diaz highlighted a wave of new investment and development in the borough, as well as its transit and highway connections that make it easy both to get upstate and down to Manhattan.

Of course, the mega-retailer already has a significant presence in the five boroughs. Earlier this month, it inked deals for 360,000 square feet of office space at 5 Manhattan West and a $100 million, 855,000-square-foot distribution center on Staten Island.

But Related Companies Chairman Stephen Ross recently summed up what many urban planning experts have already said about New York’s unlikely bid. “I can’t see them coming to New York,” he told Bloomberg last week. “As much as I would like to see them, the cost of doing business in New York is far greater than anywhere else. And they’re always looking to do things—at the scale that they do things—not at the highest price point.”