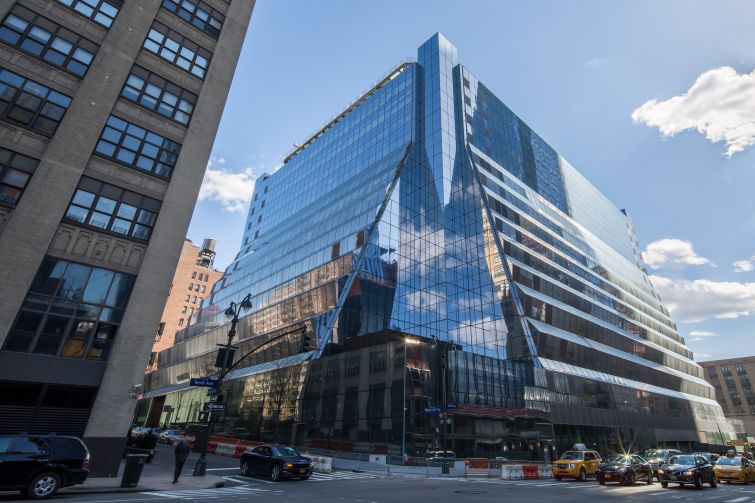 The digital retail company will occupy the entire sixth and seventh floors and portions of the eighth and 10th floors of 5 Manhattan West, which is located on 10th Avenue between West 31st and West 33rd Streets, taking the building’s occupancy to 99 percent. The building is a part of Manhattan West, Brookfield’s eight-acre, six-building mixed-use development. A Brookfield spokeswoman declined to disclose the asking rent and the length of the lease.

As Commercial Observer first reported in April, Amazon was in talks at the time to take around 350,000 square feet of office space at 5 Manhattan West. Office asking rents at the property were said to be in the $90s per square foot, sources said at the time.

Amazon will move into the building next year. In exchange for creating 2,000 office jobs at the property, the state will give Amazon $20 million in tax credits. A variety of roles will be undertaken at the location, with Amazon hiring software engineers, data analysts and economists. It will also be the primary location in New York for Amazon’s advertising division—comprised of sales, marketing, product, design and engineering staffers.

Derek Trulson, Josh Stuart, Bill Peters and Clay Nielsen of JLL handled the deal for Amazon, while Brookfield was represented in-house by Jeremiah Larkin, Duncan McCuaig and Alex Liscio and a Cushman & Wakefield team of Bruce Mosler, Josh Kuriloff, Rob Lowe, Ethan Silverstein and Matthias Li. Spokesmen for brokers on both sides of the deal did not immediately return requests for comment.

Brookfield completed a $300 million redevelopment of the 16-story, 1.8-million-square-foot building, formerly known as 450 West 33rd Street (and informally as one of the ugliest buildings in the city), into an all glass structure.

“Amazon’s expansion is the latest example of a leading company drawn to Manhattan West by the unparalleled access, state-of-the-art office space, and experiential culinary, health and wellness and fashion provided by Brookfield’s newest placemaking destination,” Ric Clark, senior managing partner and chairman of Brookfield, said in a statement.

Whole Foods signed a 60,000-square-foot deal to anchor the 100,000 square feet of ground-floor retail space at the redesigned building.

As previously reported by CO, Amazon recently announced it was opening an 855,000-square-foot, $100 million fulfillment center at the 200-acre Matrix Global Logistics Park in Staten Island. Around 2,250 operations employees will be hired for that new location, and Amazon will receive $18 million in state tax credits in return.

The Seattle-based company also has plans to open a second headquarters in the U.S. that will cost $5 billion to build and house as many as 50,000 workers, although it has yet to pick a location.