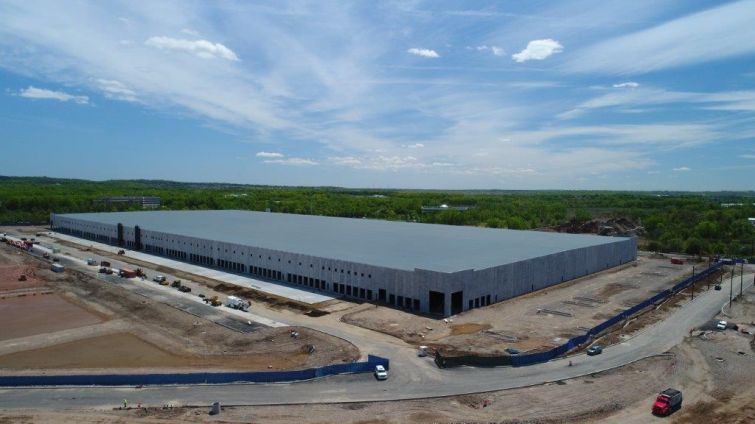 The e-commerce giant will take over part of the under-construction, 200-acre Matrix Global Logistics Park on Gulf Avenue in Bloomfield, right beneath the Goethals Bridge and just south of the New York Container Terminal. Developer Matrix Development Group constructed the project with tenants like Amazon in mind, as Commercial Observer reported in May, and it was widely rumored that the ubiquitous retailer would take space there.

Amazon’s $100 million, 855,000-square-foot facility will create 2,250 full-time jobs over the next five years, according to the governor’s office. The company has also promised to retain 886 jobs in the state over the next five years. Staten Island Borough President James Oddo called it “the biggest single job creator in our borough’s history,” in prepared remarks.

Employees will work alongside advanced robots to pack and ship orders to tri-state customers as quickly as possible. The robots, manufactured by Amazon Robotics, navigate around a warehouse using a series of computerized barcode stickers on the floor and can slide underneath stacked “pods” of packages to pick them up.

In exchange for the promise of generating thousands of jobs, New York’s Empire State Development Corporation will give the company $18 million in state tax credits through the Excelsior Jobs program, Cuomo’s office said.

The fulfillment center will join 70 others nationwide, including a 1-million-square-foot facility that opened in April in Carteret, N.J., and three more planned in the Garden State. The digital retail behemoth also announced plans today for a second, massive headquarters that will cost at least $5 billion to build and house as many as 50,000 workers. Amazon hasn’t revealed a location for the campus, which would be comparable to the company’s $3.7 billion Seattle headquarters, Chief Executive Officer Jeff Bezos said.

“Amazon’s decision to establish the first state-of-the-art fulfillment center in New York affirms our position at the forefront of the growing global innovation economy, and this investment will create thousands of jobs and opportunities for the Staten Island community,” Cuomo said in a statement. “New York continues to demonstrate that we have the workforce, the technology and the pro-business climate to help companies grow and succeed.”

Asking rents at the 3.2-million-square-foot Bloomfield industrial park are $10 a square foot, CO previously reported. Matrix purchased the three parcels along the Arthur Kill for a combined $128 million in 2013 and 2014, and the company is in the process of putting up four warehouses. Once complete, the development is expected to be worth $750 million, Matrix principal Alec Taylor told CO earlier this year.