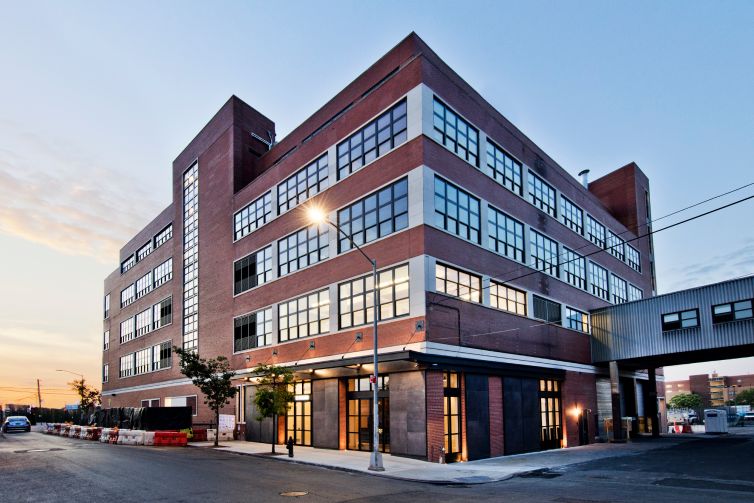 The New York City Department of Citywide Administrative Services has completed a lease for the entire 158,150-square-foot commercial building at 95 Evergreen Avenue in the Bushwick section of Brooklyn, Commercial Observer has learned.

The Savanna and Hornig Capital Partners’ building, which is the former home of the Joseph Schlitz Brewing Company, will house offices for the city’s Human Resources Administration, marking another large deal for that agency this year. The lease also includes the parking lot at the building, which has about 25 spots.

The agency will be relocating three Brooklyn offices to the Bushwick property, according to Thomas Farrell, a managing director at Savanna.

Savanna and Hornig completed a $30 million renovation of the entire five-story building near the intersection of Melrose Street in July 2016. It had deteriorating yellow tiled walls, dark unpolished floors and the joint venture transformed it with white tiles, smaller columns and a backlit montage of 8,400 Schlitz beer bottles near the entrance, as CO previously reported. The owners also added a roof deck and were hoping for a tech or media tenant to anchor the building, but opted to do a deal with the city as it expressed interest shortly after the building hit the market last summer.

“Number one for the city was the location and access to transportation,” Farrell told CO. “You can get to this part of Brooklyn from a lot of other parts of Brooklyn, which is important for their employees. And the building was sort of ready to go, so to speak. That’s why they jumped on it right away.”

This latest deal for HRA is just a string in recent office moves and consolidations for the agency. The city signed a nearly 200,000-square-foot deal in May to relocate the HRA’s offices to 375 Pearl Street from 250 Church Street, as CO previously reported. Also, the city renewed two leases totaling 424,000 square feet for offices in Manhattan and the South Bronx in April.

Savanna and Hornig paid $33.7 million in January 2015 for the property. Crain’s New York Business was first to report that HRA was interested in the building last year.