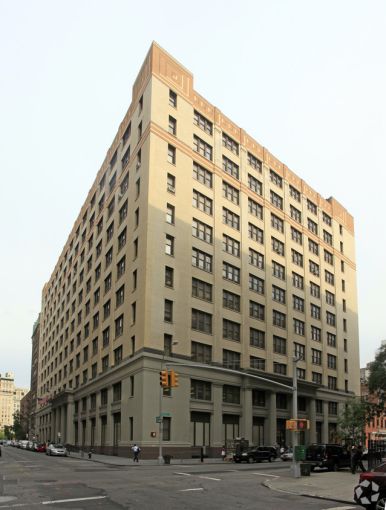 DCAS, which oversees the city’s leasing and property purchases, renewed a 20-year lease for the entire 12-story building at Gould Investors’ 109 East 16th Street, at the corner of Irving Place, according to information provided by Cushman & Wakefield, which represented the city in the deal. HRA, the agency that’s occupied the space since 1991, handles emergency rental assistance, food stamps, temporary cash assistance, and job placement services for the neediest New Yorkers, and it works with the Department of Homeless Services.

The agency agreed to a rent increase for its office space in the 349,777-square-foot property. HRA inked a deal to pay an annual rent of $15.8 million for its offices in the century-old building beginning in June 2018, according to the The City Record. That works out to roughly $45 a square foot. The landlord has agreed to make some kind of renovations to the building, which will cost up to $13.9 million and be paid for by the city. Once the renovations have been completed, HRA’s rent will increase to $16.5 million annually through June 2023. Then it will grow to $19.1 million from June 2023 to June 2028, to $21.8 million from June 2028 to June 2033, and finally to $24.7 million in the last five years of the lease.

In November 2016, the The New York Post reported that the city was paying less than $30 a square foot under its previous lease at the building, but it had agreed to $76.83 a square foot for the new lease. However, the Post based its rent calculations on the 288,000-square-foot floor area listed for the building in city records. If we go by the same math, the city’s new rent will be $54 a square foot. But HRA—as well as C&W—claim the property is substantially larger at nearly 350,000 square feet. When the November 2016 rent was recalculated under the larger square footage, it came in at $58 a square foot.

Since the lease details were first released in the fall, HRA has renegotiated its lease at the lower rent, according to a spokeswoman for the agency. The discrepancy in the square footage can be attributed to differences in how the landlord and the city calculate the building’s rentable space, said the spokeswoman.

Asking rents for comparable office space in the neighborhood range from $64 to $69 a square foot, according to the latest data from C&W.

The City Record revealed the lease details last fall, but the agency didn’t finalize the deal until this week.

DCAS was represented by C&W’s Robert Giglio and JRT Realty’s Ellen Israel, and the landlord was represented in-house by Mark Lundy. C&W declined to comment through a spokesman, and Lundy didn’t immediately respond to requests for comment.

The agency also renewed a 15-year lease for the entire 74,400-square-foot property at 305 Rider Avenue, in the Mott Haven neighborhood of the South Bronx. HRA will pay $1.86 million annually, according to The City Record, and rent will gradually increase to $2.5 million over term of the lease. DCAS was once again represented by Giglio and Israel, and landlord Rider Realty had no broker in the deal. Rider’s attorney, Leonard Kahn, declined to comment.

Update: This story has been edited to include new details about HRA’s rent, the terms of its lease and a comment from the agency.