Under Construction: Former Schlitz Brewery at 95 Evergreen Avenue in Bushwick 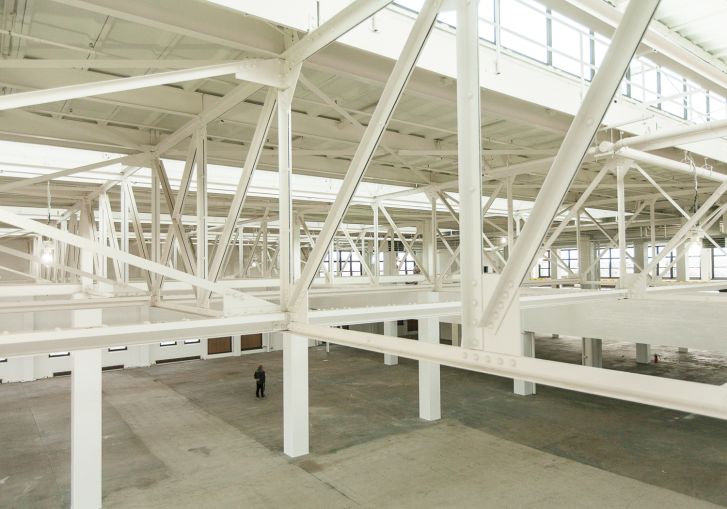 From the fifth floor looking down into the fourth at 95 Evergreen Avenue. (Photo: Emily Assiran/Commercial Observer). 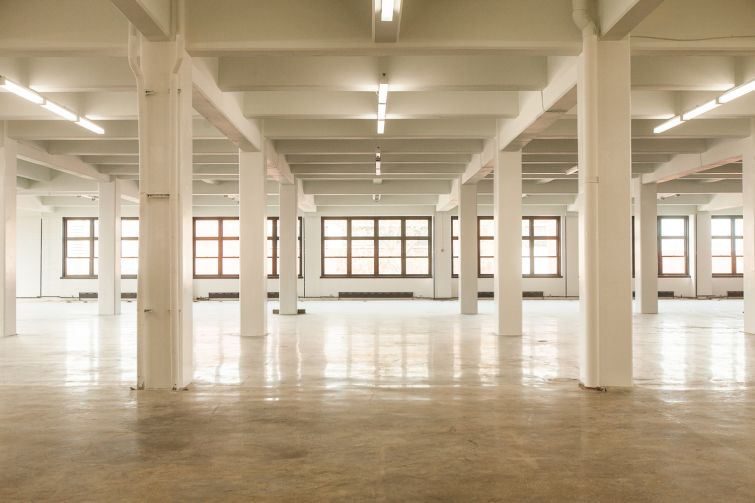 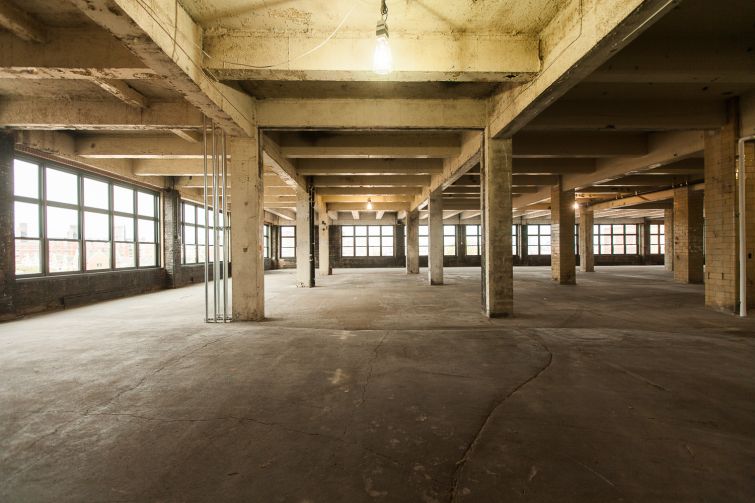 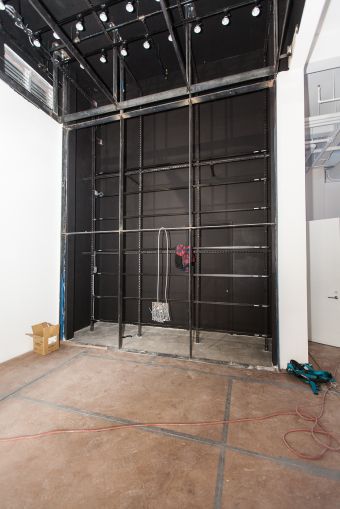 Where the 8,400 Schlitz beer bottles will be placed in the lobby of 95 Evergreen Avenue. (Photo: Emily Assiran/Commercial Observer). 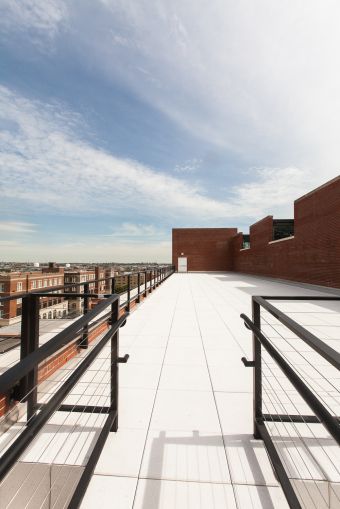 A rooftop terrace was built for the future tenants of the fourth and fifth floors at 95 Evergreen Avenue. (Photo: Emily Assiran/Commercial Observer).
Previous Next

Bushwick was once for brewing.

At the beginning of the 20th century, there were 44 breweries in the Bushwick and Williamsburg sections of Brooklyn thanks to an influx of German and Austrian immigrants—but because of an increase of real estate prices elsewhere, there has been something else flowing in the borough beyond the beer. There’s been an unprecedented flow of office space in Bushwick following an exodus of residents from Manhattan (and other places).

The former Joseph Schlitz Brewing Company factory at 95 Evergreen Avenue is one that is set for a new flavor: Class-A office space.

“In the old New York, 15 years ago, the CEOs and the decision makers lived on the Upper East Side or out in Westchester. That’s absolutely not true anymore,” Nicholas Bienstock, the co-managing partner of landlord Savanna, told CO. “Folks who work at Google now live here. And they want to [work] in neighborhoods they like and are comfortable and is proximate to where they live.”

The interior of the 170,000-square-foot building looked like the set for an old horror flick with yellow tiled walls, large columns of the same color and dark, unpolished floors. But developers Savanna and Hornig Capital Partners, which purchased the property for $33.7 million in January 2015, have pumped an additional $30 million into a complete renovation of the building between Noll and Melrose Streets.

The Fogarty Finger-designed renovation includes stripping away the eyesore tiles for brighter white ones, and they’ve trimmed 10 inches off each column, giving the space the appearance that it’s larger. Workers are polishing the floors, already replaced windows throughout the property and added two new elevators. The exterior of the red-brick property was revitalized as well.

And in a tribute to the history of the building, a backlit montage of 8,400 Schlitz Brewery beer bottles will be installed on the walls and ceiling of the new lobby of the building. The new entrance to the property will be defined with a blackened canopy made of steel, reflecting its industrial heritage. And the lobby itself was carved from the original brewery loading dock.

“The old Schlitz Brewery is just one of the few remaining custom-built breweries left from the days when Bushwick was once the center of New York’s brewing industry,” said Chris Fogarty, a founding partner of Fogarty Finger. “It was critical for us to celebrate the heritage of the building and the rich history of the neighborhood.”

Sweet Construction Group, which has 125 workers on the project, is wrapping up the renovation ahead of a June opening.

The five-story building could one day be a fit for a top tech company, said Joseph Cirone of Cushman & Wakefield, who is marketing the office spaces in the property with colleague Mitchell Arkin.

If such a tech giant should happen upon Bushwick, it’ll probably be on the fourth and fifth floors of the building, which combine for more than 50,000 square feet. The fifth floor is sort of a mezzanine that overlooks the fourth floor and features 15-foot ceiling heights. While the fourth has a nearly column-free swath of space with an insane 35-foot ceiling height that go up to skylights at the top of the building (which were installed before the property was purchased). This is where the large brewery vats were located. The landlords also built a paved outdoor rooftop terrace for the top floor tenant, which has unrestricted views of the Manhattan skyline. The space will be rented to one tenant, and it has an asking price in the mid-$50s per square foot. Lower floors in the building are going for high-$40s per square foot.

The 37,000-square-foot third floor will be carved into about four different pre-built spaces for smaller tenants. The second floor, which also has 37,000 square feet of space, will be marketed for a single tenant.