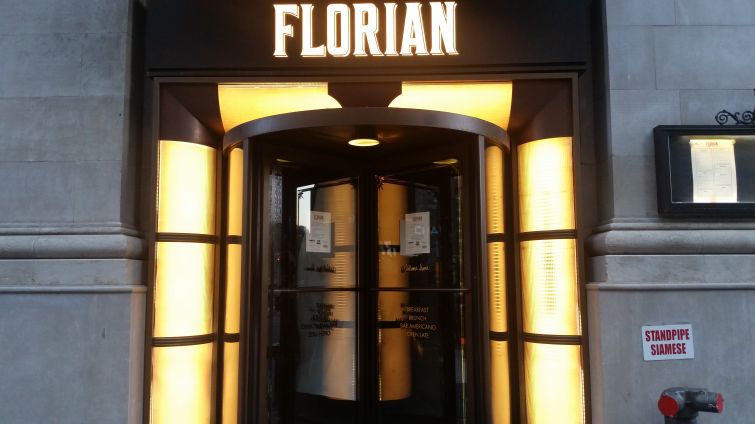 Florian has shuttered after less than three years of serving Italian fare at 225 Park Avenue South.

A sign in the door thanks customers “for your loyalty over the past few years.” It ends with a message “welcoming you to the new Bond 45 at 221 West 46th Street in the beginning of September.”

Florian’s lease has been terminated, and the space is on the market for $750,000 per year with C. Bradley Mendelson of Colliers International, the broker said. Mendelson also represented Orda in the Florian lease.

Bond 45 closed after the February 2016 expiration of its lease at 1514 Broadway between West 44th and West 45th Streets, which did not have an option to renew.

Fireman didn’t immediately respond to a request for comment.