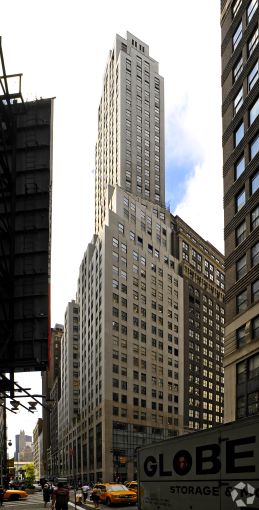 The largest of the three deals was inked at 1450 Broadway, Zar Group’s 42-story office tower between West 40th and West 41st Streets near Bryant Park. Breather signed on for 3,094 square feet on the sixth floor for five years, according to Breather. The asking rent was $58 a square foot.

Breather was represented by Maggie Burns and Hank Jonap in-house and by CBRE’s Ramsey Feher. A JLL team of Mitchell Konsker, Barbara Winter, Bejamin Bass and Kip Orban, along with Zar Group’s Noah Kaufman, represented the landlord. Spokespeople for JLL and CBRE did not immediately return requests for comment.

In the second transaction, the fast-growing company leased 2,979 square feet on the second floor of Thor Equities’ 494 Broadway between Broome and Spring Streets in Soho. It signed a five-year lease with an asking rent of $59 a square foot.

And with the third deal, Breather is expanding its limited presence in the Financial District. The workspace company signed a five-year lease for 2,145 square feet on the ninth and 23rd floors of Rudin Management’s 55 Broad Street between Beaver Street and Exchange Place. The asking rent was $50 a square foot.

“We’re happy that they’re coming to our building,” Daily said. “It’s part of the new economy. And it’ll provide an amenity to our own tenants.”

Breather is expanding quickly. Last month, it signed deals in Meatpacking District and Midtown East, as CO reported at the time.