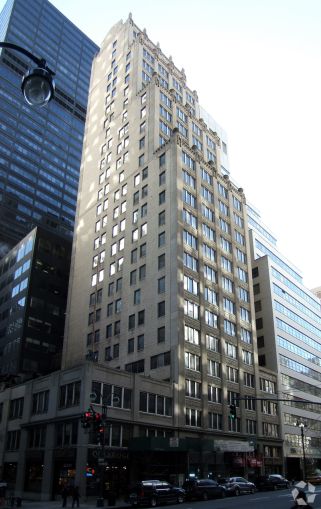 In one deal, the company inked a 3,707-square-foot lease at Thor Equities and ASB Real Estate Investments’ five-story office and retail building at 875 Washington Street in the Meatpacking District. The asking rent in the five-year deal was $90 per square foot. The company is expected to occupy a portion of the second floor by the end of the month.

“Breather chose the ideal property for its newest location in the Meatpacking District, which is continuing to grow in popularity as a premier area for companies operating in technology and related businesses in New York,” Adam Rappaport, the vice president of office leasing at Thor Equities, said.

Ramsey Feher of CBRE represented Breather, while Rappaport represented the landlords. Feher did not immediately respond to a request for comment via a spokeswoman.

In the second deal, Breather signed a 3,800-square-foot deal at Triangle Assets’ 369 Lexington Avenue, also known as The Lexington Tower. Feher also handled negotiations for Breather in this deal.

There it will take the entire 22nd floor of the 28-story property between East 40th and East 41st Streets. Triangle Assets is the process of completing construction on the space and hopes Breather will open there by the end of the month. The asking rent in the five-year deal was $65 per square foot.

The Lexington Tower “has abundant natural light, amazing views and benefits from three full sides of windows on its boutique floor plates,” Triangle Assets’ Benjamin Stavrach, who represented the landlord in the deal in-house, said via email. “I think it’s our buildout that really drives the tech and creative tenants to our properties. We turnkey almost all our tenants’ spaces so that they have peace of mind knowing everything is taken care of. After all, they’re not in the construction business, we are.”

Breather already has about 150 spaces around New York, the largest market for the Montreal-based company. It also has more than 360 locations globally, including in Canada and the United Kingdom.

“New York has remained our most active market globally, and it’s one where we’re focused on targeting larger, multi-use spaces in buildings that grab the attention of today’s top companies,” Hank Jonap, head of real estate at Breather, said in a statement.

At 369 Lexington Avenue, recent deals include the Permanent Mission to the Republic of Central Africa taking 2,000 square feet on part of the seventh floor of the building and coding education company Hack Reactor inking a lease for the entire 6,000-square-foot 11th floor.