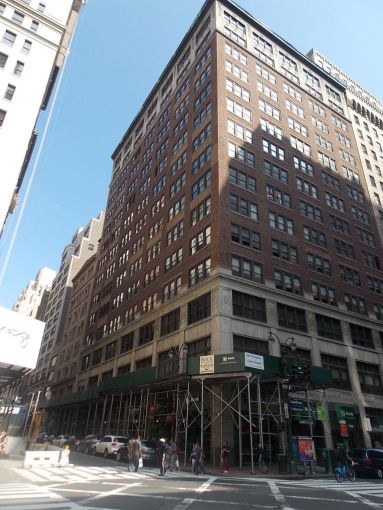 Intouch Solutions, a digital marketing firm that works with pharmaceutical companies, renewed its lease and took another floor of offices at Meyer Equities’ 469 Seventh Avenue in the Garment District, Commercial Observer has learned.

The Kansas City-based company is doubling the size of its office space in the 17-story building at the corner of West 36th Street. It re-upped the lease for its current offices, which span 17,000 square feet on the entire 10th floor, and plans to expand to an additional 17,000 square feet on the eighth floor, according to Meyer Equities. Intouch signed a 10-year lease earlier this month, only two years after moving into the building via a seven-year lease.

Asking rent in the transaction was $62 a square foot, per a press release from the tenant’s brokers.

“Meyer Equities is thrilled to have [Intouch] expanding in our portfolio and excited about everything that’s going on in the Penn Plaza-Garment District market,” Meyer told CO. “These are positive times in this market where we’re seeing a lot of change and growth of [technology, advertising, media and information] services tenants.”

“Management at Intouch looked at many options and worked closely with ownership to obtain the eighth floor, given that the building is 100 percent occupied,” Schoen said in prepared remarks. “The location of the building, in the heart of Midtown South with excellent transportation and the recent development of many hotels, were key factors in choosing 469 Seventh Avenue.”