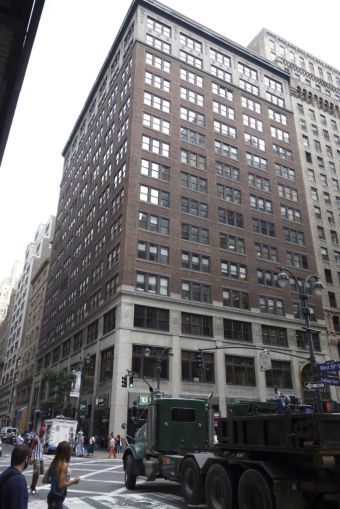 Intouch Solutions, a Kansas City-based digital marketing company, has inked a deal to take a whole floor at 469 Seventh Avenue in the Garment District, Commercial Observer has learned.

The company, which caters to pharmaceutical and healthcare companies, will take 17,000 square feet, or the entire 10th floor, at the 17-story building between West 35th and West 36th Streets, according to Colliers International. The asking rent was $58 per square foot in the deal, which closed Aug. 1.

Intouch Solutions is expected to move in later this month from 1001 Avenue of the Americas, after signing a seven-year lease.

The tech company is expanding by almost 10,000 square feet in the move, said Marc Schoen of Savitt Partners, who represented the tenant. Intouch Solutions wanted a place where the company had the capacity to increase in the coming years.

“They wanted to be in a building that had the potential to expand, and they have it,” Mr. Schoen said.

Marty and Eric Meyer of Colliers own the 267,000-square-foot building with Dan Shavolian of Foremost Real Estate, and represented themselves in the deal. Mr. Schoen  represented Intouch Solutions with colleague Brian Neugeboren. The Savitt brokers were not immediately available for comment.

“The Garment District has completed reinvented itself, attracting a diversity of tenants we had never seen before,” Eric Meyer said in prepared remarks. “Advertising, marketing and digital media companies are increasingly taking space in the Garment District because of its central location, 24/7 activity and wealth of shopping, hotels and nightlife.”

It’s one of two tech tenants they’ve signed to the Garment District building in the last few weeks. Digital branding agency Situation Interactive took the whole 13th floor, or 13,058 square feet, of the building, according to Colliers.

The company, which has done work for Disney and Major League Soccer, is relocating from 1372 Broadway through a 10-year deal, according to The Wall Street Journal, which first reported news of the deal. The asking rent there was $54 per square foot.

“Situation Interactive is an exciting, digital agency in growth mode who wanted to remain in the Garment District,” Mr. Tunis said in prepared remarks. “Their new, full-floor space at 469 Seventh Avenue was the ideal location for their new offices.”