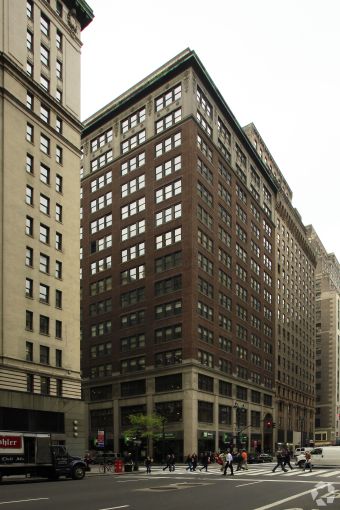 Outgrowing its current space, Open System Technologies, a national technology recruiting firm, has signed a lease for 17,000 square feet, or the entire fifth floor, at 469 Seventh Avenue between West 35th and West 36th Streets, sources told Commercial Observer. The company will relocate in the spring from 9,750 square feet on the 15th floor at 462 Seventh Avenue.

The lease is for 15 years and the asking rent was $59 per square foot, the sources said.

Benjamin Blumenthal of Norman Bobrow & Company represented Open Systems Technologies in the deal and Eric Meyer brokered the deal for the landlord, a partnership between Eric and Martin Meyer and Dan Shavolian of Foremost Real Estate. The joint venture purchased the property from Sitt Asset Management in 2006 for $90.8 million, property records indicate.

“We are thrilled to have diverse and successful companies like OST in [our] property and happy to conclude another deal in this dynamic market,” Eric Meyer said in a prepared statement. Blumenthal declined to comment via a spokeswoman.

Tenants at the 17-story, 267,000-square-foot building include the City of New York, the Metropolitan Transportation Authority and Severud Associates, a structural engineering consulting firm. CO reported in January 2015 that Severud renewed its 17,000-square-foot space in the building, at the same time Nanoosh signed a 1,700-square-foot retail deal at the base of the building.