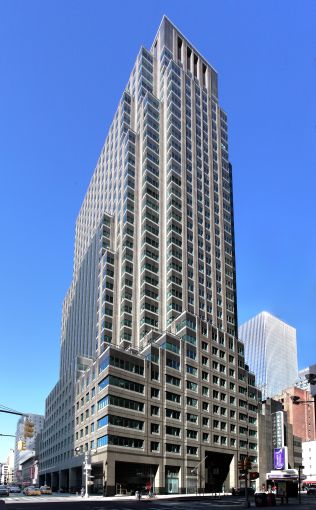 National law firm Ballard Spahr is moving from one end of Midtown to the other.

The attorneys signed a 10-year, 27,000-square-foot lease for the entire 19th floor of the Rudin Family’s 1675 Broadway between West 52nd and West 53rd Streets, according to a release from the landlord. The New York Post was the first to write about the deal, in which the asking rent was $75 a square foot.

The firm is relocating from SL Green Realty Corp.’s 919 Third Avenue between East 55th and East 56th Streets in the first quarter of 2018. The 23-person office first set up shop in the 46-story building two-and-a-half years ago.

“We are pleased to welcome Ballard Spahr, which joins a diverse group of prestigious firms who have chosen to make 1675 Broadway and this dynamic neighborhood their home,” said William Rudin, co-vice chairman and and chief executive officer of Rudin Management Company, in prepared remarks.

Jack and Lewis Rudin developed the 35-story, 850,000-square-foot office tower at 1675 Broadway in 1989 using air rights from the adjacent Broadway Theatre. Rudin Management has completed 638,000 square feet of leases, renewals and expansions there over the last couple of years, including deals last year with law firm Roberts & Holland and financial services company Bankrate.