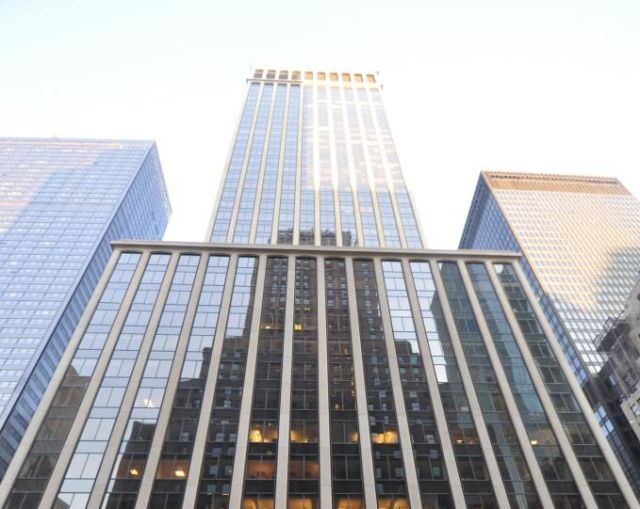 Munich American, a subsidiary of German reinsurance giant Munich Re Group, signed a 10-year deal for the entire 26th floor of the 40-story, 850,000-square-foot property between East 49th and East 50th Streets, William Kaufman said in a press release Tuesday announcing the transaction.

Asking rent in the Munich American deal was $90 per square foot, sources said, with asking rents at 437 Madison Avenue ranging from $80 to $110 per square foot, according to William Kaufman. The New York Post first reported the news of the transaction.

The reinsurance company plans to use the new space to accommodate its “rapidly expanding” financial reinsurance and integrated analytics teams, as well as grow its actuarial capabilities by “tapping into the strong actuarial talent pool that exists in the New York insurance and reinsurance market,” Mike DeKoning, the president and chief executive officer of Munich American, said in a statement.

Munich American presently occupies 24,625 square feet comprising the entire 15th floor at Silverstein Properties’ 1177 Avenue of the Americas, according to CoStar Group data. It will retain that office and plans to assume the space at 437 Madison Avenue by the fourth quarter of this year.

Zarnin confirmed the transaction to Commercial Observer, noting that Munich American was drawn to the property’s location “within proximity of their current employees” at 1177 Avenue of the Americas.

He also said the reinsurance company has “a strong bit of flexibility” as far as options to expand its space in the future if needed, and added that William Kaufman was “willing to build out the space for the client” while covering the entire cost of doing so.

“We’re giving them a [floor] plan, and they’re going to build the space to our plan using their building-standard finishes,” Zarnin said.

William Kaufman also announced two separate, smaller transactions for office space at 437 Madison Avenue: a seven-year deal with alternative investment firm Eos Management for 9,576 square feet on a portion of the 14th floor; and a 7,458-square-foot expansion by law firm Montgomery McCracken Walker & Rhoads, which now has 35,755 square feet at the property comprising the entire 23rd and 24th floors.

Eos Management, which plans to move from its current offices at 320 Park Avenue in the third quarter, was represented by Lindsay Ornstein and Lauren Davidson of Transwestern. Montgomery McCracken—which inked its initial 28,297-square-foot direct lease at the building in December—had no broker on its deal.

“These new leasing transactions further demonstrate the ongoing resurgence of the Grand Central office district, the quality of our building and our convenient and desirable location,” Lenchner said in a statement.

Earlier this year, William Kaufman signed investment firm Lighthouse Investment Partners to a 17,750-square-foot lease for the entire 21st floor at the building, as CO first reported. The landlord also signed another financial services tenant, Prelude Capital, to a 19,524-square-foot renewal and expansion for portions of the 33rd and 34th floors late last year.

Other tenants at 437 Madison Avenue include Omnicom Group, the Carnegie Corporation of New York and Medallion Financial Corp.