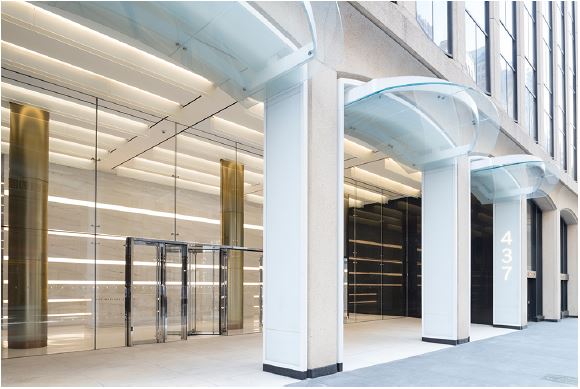 In the larger transaction, law firm Montgomery McCracken Walker & Rhoads inked a 28,297-square-foot direct lease, after it was a subtenant of Nixon Peabody starting in 2011.

Montgomery McCracken will continue to occupy a portion of the 23rd floor and the entire 24th floor of the 850,000-square-foot office tower between East 49th and East 50th Streets. The asking rent in the 10-year deal was $90 per square foot.

“The decision to remain at 437 Madison made sense to us for our attorneys and clients during a critical time for growth and we’re excited to expand our presence in the building,” Lee Unterman, a managing partner of Montgomery McCracken’s New York office, said in prepared remarks.

In the second transaction, investment management company Prelude Capital has signed a six-year early renewal and is expanding its offices in the building. It will occupy a total of 19,524 square feet on a portion of the 33rd and 34th floors. Previously, Prelude occupied just 7,000 square feet on the 33rd floor. The asking rent was $105 per square foot. Lenchner negotiated the deal.

“The expansion of our 437 Madison Avenue offices represents a commitment to the highest quality infrastructure in an ideal location with an established long-term partner,” Cisco del Valle, a co-founder of Prelude Capital, said in the release.

“These transactions are a clear indicator of the ongoing resurgence of the Midtown East market and the success of our multi-million dollar capital improvement program at 437 Madison Avenue, an iconic property that has been reimagined for the 21st century,” Lenchner said in a statement.