Albany Resurrects the 421a Tax Exemption 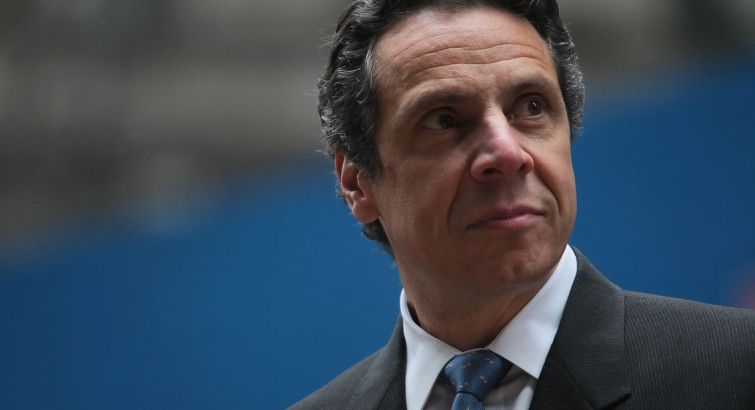 Gov. Cuomo is pushing for a statewide "clean" energy plan and a reorganization of the MTA. Photo: Chris Hondros/Getty Images

The 421a tax exemption has come back from the dead, but it hasn’t changed as much as reformers hoped. The state Senate voted late last Sunday to resurrect the controversial program, which expired nearly two years ago.

The new version, called “Affordable New York,” closely resembles the policy proposed by Gov. Andrew Cuomo in January. The legislation that just passed extends the tax break to 35 years from 25 and implements wage requirements for large projects. The reincarnated tax program will run until 2022.

The state Assembly voted 98-33 in favor of the legislation last Saturday night as part of the state’s $153.1 billion budget bill, known colloquially as the “big ugly.” Then the Senate approved the bill around 10:30 p.m. on Sunday with a vote of 53 to 4. The 421a proposal will officially become law when Cuomo signs the budget legislation.

“We applaud the agreement reached between Gov. Cuomo and the State Legislature, under the leadership of State Senate Majority Leader Flanagan, Independent Democratic Conference Leader Klein and Assembly Speaker Heastie regarding the Affordable New York Housing Program,” Real Estate Board of New York Chairman Rob Speyer and President John Banks said in a joint statement. “It will result in the production of substantially more affordable rental housing that is critical to New York City’s growth and future.”

Developers of projects with 300 units or more in Manhattan south of 96th Street and waterfront areas of Brooklyn and Queens can get a full tax exemption for 35 years if they pay their workers certain prevailing wages. In Manhattan, builders must pay their workers an average of at least $60 an hour, and in Brooklyn and Queens, workers must be paid an average hourly wage of $45 or more. Developers will also have to hire independent monitors to audit worker payrolls. Once a building gets its final certificate of occupancy, monitors will have 120 days to notify the Department of Housing Preservation and Development that wage requirements have been met.

Smaller developments, regardless of location, will have to rent 25 to 30 percent of their units for below-market rates in order to be eligible for the tax break. Affordable units will have to remain rent-stabilized at specific income levels for 40 years. Builders will be able to choose from six different affordability options, three of which are only available to developers of buildings with 300 units or more.

The new Affordable New York program will generate an estimated 2,500 new units of housing annually, according to a release from the governor’s office.

The new budget also calls for $2.5 billion in affordable and supportive housing funding, which will help finance 100,000 units of affordable housing and 6,000 supportive units nationwide. The affordable housing money was part of a memorandum of understanding that legislators fought over for months, as they attempted to tie the funding to 421a and other programs.

The old version of the controversial tax exemption was initially set to expire in June 2015, but the state legislature agreed to extend it through January 2016. The extension came with a caveat: the governor said the Building and Construction Trades Council of Greater New York and REBNY had to strike a deal on wage requirements, or else the law would sunset. In November 2016, REBNY and the unions finally hammered out a deal for construction worker wages. In the intervening months, Democratic Assembly Speaker Carl Heastie, Republican Senate Majority Leader John Flanagan, and other legislators continued haggling over the details, particularly for condominiums.

Critics of the governor’s 421a plan have said it will cost taxpayers even more than the old iteration of the tax break, which was created in the 1970s to encourage new construction in struggling neighborhoods. The city’s Independent Budget Office reported last month that the new 421a will add $120 million annually—or $1.2 billion over the next decade—to the existing cost of the program enacted in June 2015. The mid-2015 version, which included small condo buildings, would cost an estimated $7.2 billion over the next 10 years, according to IBO.

“There is no acceptable reason that everyone except luxury real estate developers should be expected to pay their taxes,” said the Association for Neighborhood Housing and Development, which advocates on behalf of nonprofit developers and affordable housing groups. “We will need the $1.4 billion—and growing—that we spend each and every year on 421a to fill the holes that will be left in the local budget by Trump’s federal budget cuts for essential services.”

Reached for comment about the deal, a City Hall spokeswoman said in a statement: “We are in an affordable housing crisis and we need every tool possible in order to produce more homes in all five boroughs. We have long sought to make this tax incentive program more effective, and the adopted legislation preserves many of the reforms we sought, including affordability requirements citywide and ending tax breaks for luxury condos.”