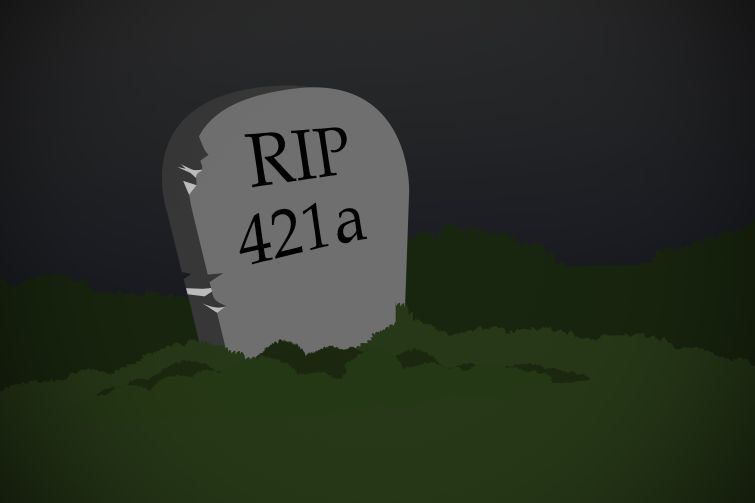 At midnight it became official: the 421a tax abatement program is dead.

The Real Estate Board of New York and the Building and Construction Trades Council of Greater New York failed to reach an agreement on a prevailing labor wage, for which they had been given a deadline of 12 a.m. today to hammer out.

This is the second expiration within the last year of the program, which encourages affordable housing in New York City in exchange for tax breaks. It expired in June, when lawmakers failed to overhaul the existing plan, which required recipients to set aside 20 percent of units to below market rate. It was last renewed in 2011 and ran through the middle of June 2015. About a week after it expired, Gov. Andrew Cuomo proposed a straight extension until Jan. 15, 2016  and hung the balance of 421a on the wage agreement between REBNY and organized labor.

“Without a program like 421a, one can’t build multifamily rental housing with a significant below-market, or affordable, component on a scale necessary to address the city’s needs,” REBNY President John Banks said in a statement released less than nine hours before the program officially expired. “We are committed to working with stakeholders to fashion a program that will produce the affordable housing throughout New York City that is so desperately needed, ensures construction workers are treated fairly and creates job opportunities for city residents.”

REBNY expects that without 421a, the city will lose 18,000 affordable units in Gotham over four years and that developers building rental units in New York will opt instead to build residential condominiums.

“In the absence of 421a, there is an even more urgent need for all stakeholders to work together and create a program to produce affordable rental housing for New York City,” said Jolie Milstein, the president and chief executive officer of the New York State Association for Affordable Housing. “There is no time to wait.”

Gary LaBarbera, the head of the Building and Construction Trades Council of Greater New York, said in a statement that the union was open to continued talks with REBNY, but suggested it could take months before an agreement would be made.

“Unfortunately, despite a good faith effort by all parties, REBNY and the Building Trades were unable to come to a final agreement on the renewal of a 421a program that would provide good wages to construction workers across the city,” he said. “We remain ready to engage with all stakeholders in the weeks and months ahead to achieve our goals of creating needed affordable housing and middle class jobs for New Yorkers.”