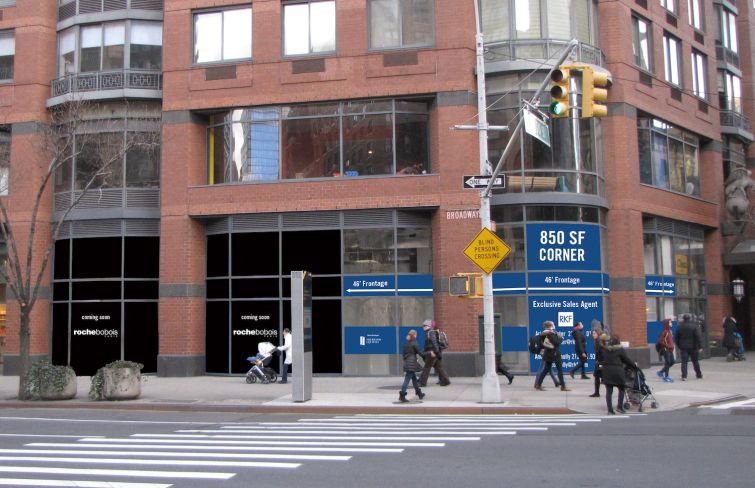 High-end French furniture store Roche Bobois has inked a deal for its third Manhattan location on the ground floor of the Coronado, a 22-story condominium building at 2040 Broadway on the Upper West Side.

The Paris-based company signed a 10-year lease for 3,525 square feet at the 28-year-old development, which sits at the corner of West 70th Street, as The Wall Street Journal first reported. Roche Bobois opened a flagship New York City showroom at 200 Madison Avenue at East 35th Street 40 years ago. Then the furniture designer opened a second showroom at 207 East 57th Street between Second and Third Avenues in 2013, The New York Times reported at the time.

“It’s a great home for Roche Bobois, and we think they’re going to be there for years and years to come,” said Greenberg Group’s Zack Gross, who represented Roche Bobois in the deal. “Sherwood Equities is a great partner and we’re excited to work with them.”

The store joins two other tenants at the Coronado—LensCrafters and Sabon. There is an 850-square-foot space remaining on the ground floor.

Sherwood Equities, the landlord, asked $275 a square foot for the space, according to Gross. The deal comes just as retail rents fall and vacancy rates grow in every major Manhattan retail corridor. On the Upper West Side, the average asking rent has declined to $360 at the end of 2016 from $381 at the end of 2015, according to Cushman & Wakefield.

“When you bring in a luxury home furnishing tenant in an area that has the densest residential in Manhattan, all three parties win,” said Connolly. “Jeff Katz [chief executive officer of Sherwood Equities] is a long term owner of the asset and cares very much about the building. The look of the retail has to reflect the look and feel of the residential.”