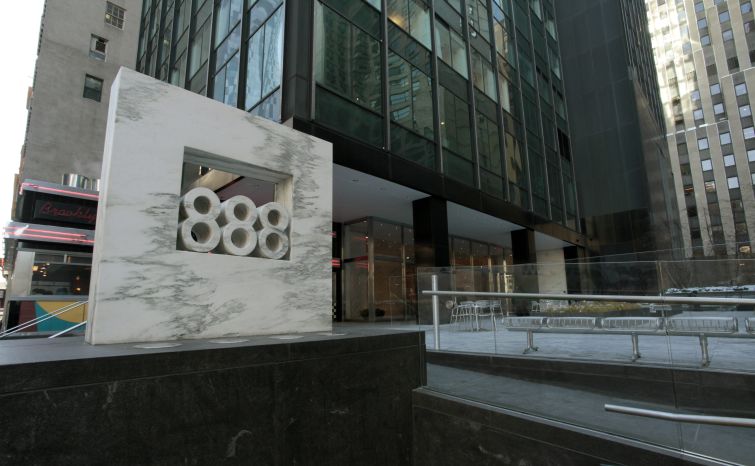 As hedge-fund firm Visium Asset Management closes up shop amid a case of insider trading, another company has stepped in to take its digs at 888 Seventh Avenue.

On this morning’s fourth-quarter 2016 earnings call, Vornado Realty Trust’s David R. Greenbaum, the president of the New York division, announced that the real estate company did a roughly 40,000-square-foot deal with the $3.4 billion New York-based hedge fund Hutchin Hill Capital at the building between West 56th and West 57th Streets.

A source with knowledge of the deal later told Commercial Observer that the space is exactly 39,600 square feet and spans all of floors 21 and 22 of the 46-story tower. Hutchin Hill Capital will likely move in on April 1, leaving Metropolitan Tower. The new lease is for 10 years and the asking rent was $92 per square foot.

Visium portfolio manager Sanjay Valvani committed suicide in June 2016 less than a week after he was charged with trading on confidential information about generic-drug approvals. Two other people pleaded guilty in connection with the case. The company, which was founded in 2005, agreed to sell and liquidate its funds.

Visium worked out a deal with Vornado “to get out of the space,” at 888 Seventh Avenue, the source said. The company will vacate by Feb. 28.

“We uncovered a built, fully furnished and wired opportunity—a unicorn in this market,” Petriello said via a spokeswoman. “Hutchin Hill’s new space has a great trading layout.”

A spokesman for Vornado didn’t immediately respond to a request for comment.

Lone Star Funds, a private equity firm, is expanding its foothold at the building, now occupying roughly 50,000 square feet, as was recently reported. Talent agency UTA, which is based in Beverly Hills, Calif., signed a deal for new offices in 43,087 square feet of the 875,000-square-foot office tower, as CO reported in January 2016. The same month, CO reported that Welton Investment Partners, an alternative investment manager, inked an 8,095-square-foot deal to move its New York City offices to the building. Vornado is also based in the building, as well as hedge fund Pershing Square Capital Management and mega-investor TPG Capital.