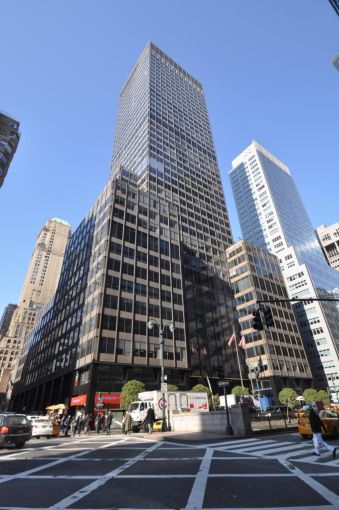 Financial deregulation proposed by the Trump administration could have a positive impact on New York’s real estate market as financial services tenants expand the square footage they lease, Vornado Realty Trust executives said on their fourth-quarter 2016 earnings call this morning.

Greenbaum said that the real estate investment trust’s “confidence in the continued vibrancy of New York has never been greater,” and that the administration’s efforts could have “a significant economic impact for the city.”

The real estate investment trust’s redevelopment at 90 Park Avenue—undergoing a capital improvement program that includes a modernized lobby and upgraded mechanical systems, according to Vornado’s website—has also been attracting financial services tenants. PricewaterhouseCoopers signed a lease for 240,000 square feet in April 2016, and over 400,000 square feet of new transactions—with starting rents of $75.23 per square foot—have been inked at 90 Park Avenue, Greenbaum said, pushing the occupancy to 96 percent. Those keeping PwC company include Gramercy Capital, Aegon Realty and EverBank, and the leasing activity “speaks to the success of the redevelopment program,” Greenbaum said.

As reported by CO last week, Orix USA Corporation, the stateside subsidiary of Japan-based ORIX Corporation, finalized a deal to relocate to Vornado’s 280 Park Avenue. The financial firm will occupy 20,123 square feet on the entire 40th floor of the tower between East 48th and East 49th Streets.  Wells Fargo also signed an early renewal and expansion lease for 49,000 square feet the week prior.

“Most of what we’re seeing is net expansion,” said Steven Roth, the founder and chairman of Vornado, on the call. “It speaks to growth in the financial sector.”