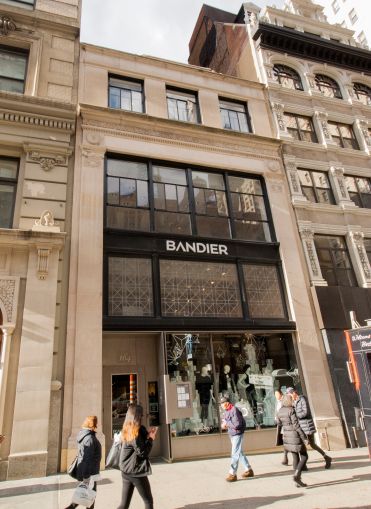 A women’s yogawear company has inked a deal to open its New York City flagship store at Thor Equities’ 164 Fifth Avenue in the Flatiron District, Commercial Observer has learned.

Alo Yoga signed a 17,600-square-foot lease to occupy the entire building between West 21st and West 22nd Streets, according to a press release provided by Thor. The Los Angeles-based firm will use the four-story property for offices and showroom and retail space. There will also be a yoga studio and juice cafe.

Asking rent on the ground floor for the 15-year deal was $400 per square foot, according to a source familiar with the deal.

Alexandra Frangos and Sam Polese of Thor represented the landlord in-house, while Chris Kuklinski and Alissa Bersin of The McDevitt Company represented Alo Yoga. The tenants brokers were not immediately reachable for comment.

The building is currently occupied by Bandier, another women’s sportswear retailer. The company signed an 8,600-square-foot retail lease at the building in October 2015, as CO previously reported. Bandier will exit the building as part of the deal, and it wasn’t immediately clear if a new location has been set up.

AIGA, formerly the American Institute of Graphic Arts, sold the building to Thor in July 2014 for $23 million, as CO reported at the time.