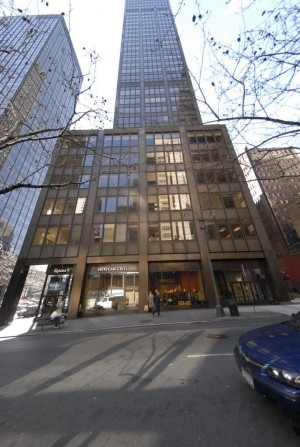 Monomoy Capital Partners, a private investment firm, is relocating and expanding within L&L Holding Company’s portfolio to 600 Third Avenue, the landlord said in a press release.

The company will occupy 12,505 square feet, amassing the entire 27th floor, via a 10-year lease at the building on Third Avenue between East 39th and East 40th Streets. The asking rent was $75 per square foot.

The company has been in 9,000 square feet on the 17th floor at L&L’s Metropolitan Tower at 142 West 57th Street between Avenue of the Americas and Seventh Avenue since 2006, according to The New York Post, which first reported news of the deal. Monomoy Capital will move into its new digs in the third quarter, L&L indicated.

“For the Monomoy Capital team, the expansion of our offices to 600 Third Avenue represents our commitment to best-in-class infrastructure in a convenient Midtown location with a great long-term partner like L&L,” Daniel Collin, a partner and co-chief executive officer at Monomoy Capital, said in a prepared statement. “This newly revitalized space is a perfect fit to accommodate our firm’s New York City growth plans.”

The building was erected in 1970 and acquired by L&L and GE Asset Management in 2004 for $212 million. BlackRock Realty Advisors picked up GE’s equity stake in the building in October 2006 for $315 million. The 42-story, 550,000-square-foot office tower is home to security solutions company L-3 Communications in 100,000 square feet, law firm Polsinelli, PC in 40,592 square feet, the Mission of Austria in 13,129 square feet, public relations firm 42West in 12,505 square feet and life insurance firm Genworth Financial in 5,218 square feet.