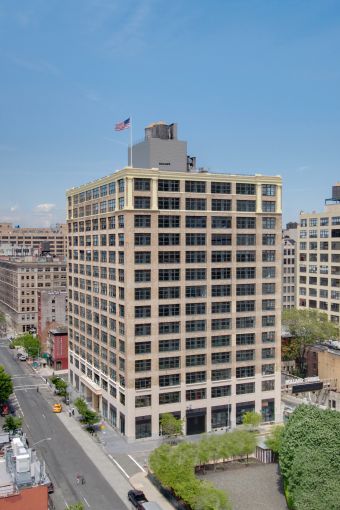 The law firm will continue to operate on the entire eighth floor of the 15-story building between Broome and Dominick Streets, which is owned by Jack Resnick & Sons, through 2029. Asking rents for the building range from between $75 per square foot to $90 per square foot.

“Lieff Cabraser Heimann & Bernstein was one of the original tenants that committed to 250 Hudson Street after we redeveloped the property over eight years ago, and we are delighted that they have chosen to remain here for another decade,” Jonathan Resnick, the president of Jack Resnick & Sons, said in prepared remarks.

CBRE’s David Kleinhandler, who represented Lieff Cabraser Heimann & Bernstein, did not return a request for comment via a spokeswoman.

The landlord, who was represented in-house by Dennis Brady and Brett Greenberg of Jack Resnick & Sons, put $40 million into a renovation of the 400,000-square-foot property from an industrial printing building into modern offices in 2008.

Jack Resnick & Sons has owned the property, which is LEED silver and WiredScore platinum-certified, since 1968. It has a 10,000-square-foot rooftop garden and lounge with views of the city’s skyline and Hudson River. Other tenants in the building include public relations company Daniel J. Edelman, advertising firm Interpublic Group of Companies, American Express and the Writers Guild of America East.