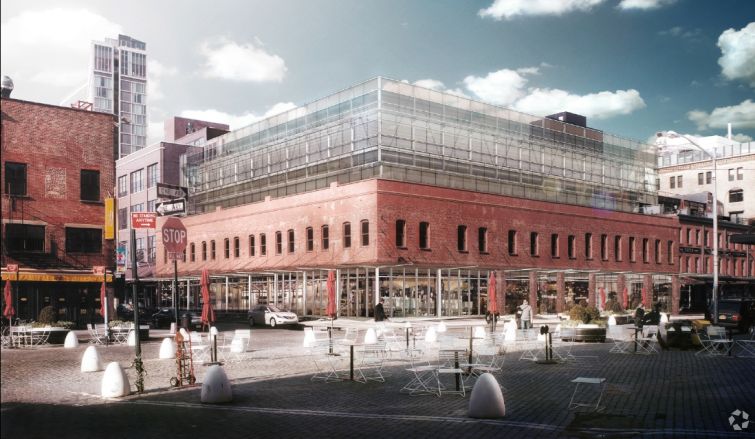 The death of a construction worker at 9-19 Ninth Avenue. tcullen2015

One of the construction supervisors convicted in the 2015 death of a young worker has been sentenced to one to three years in prison.

The sentencing of foreman Wilmer Cueva comes roughly a month and a half after he was found guilty of criminally negligent homicide and reckless endangerment in the death of the 22-year-old worker. Cueva will serve his time in a state prison, according to today’s press release from the Manhattan district attorney’s office.

Cueva, 51, was the supervisor for subcontractor Sky Materials Corporation at 9-19 Ninth Avenue between Little West 12th and West 13th Streets when a trench collapsed on April 6, 2015. Carlos Moncayo, one of the laborers working in the hole at the time, was not able to escape and was buried by the crumbling walls—suffocating to death. Aurora Capital Associates and William Gottlieb Real Estate are in the process of converting 9-19 Ninth Avenue into a 70,000-square-foot property anchored by Restoration Hardware.

Manhattan District Attorney Cyrus Vance, Jr. indicted Cueva and his firm along with contractor Harco Construction in August 2015 on a slew of charges.

“Wilmer Cueva knowingly and repeatedly risked his workers’ lives in service of an ambitious construction schedule,” Vance said in prepared remarks. “In the face of multiple warnings about the perilous conditions he created at 9-19 Ninth Avenue, Cueva personally directed—and then declined to stop—his illegal excavation work, and Carlos Moncayo, a young man working to support his family, perished needlessly as a result.”

Cesar de Castro, the attorney for Cueva, did not immediately return a call for comment.

Harco was found guilty of manslaughter in June, and sentenced a month later to taking part in and fund a public awareness campaign promoting worker safety. Ron Fischetti, the attorney for Harco, declined to take the punishment at sentencing, however, on the grounds that it would admit the firm was guilty (it had maintained innocence throughout the trial and put the onus on Sky Materials). Instead, he said at the time, Harco would rather pay a $10,000 fine, and is currently appealing the decision.

The death of Moncayo, an Ecuadorian immigrant, sent a ripple effect through the construction industry. Vance’s office in response set up a safety task force that reaches out to workers—many of whom are undocumented—to inform them of their workplace rights. The task force has reached out to roughly 850 workers since January, according to the DA’s office.

Nearly 30 workers have died on New York City construction sites over the last two years, according to the Building and Construction Trades Council of Greater New York. The labor union plans to hold a vigil later today on the steps of City Hall to raise awareness about job site safety in the wake of increasing fatality numbers. There were 12 construction-related deaths in 2015 and eight in 2014, The Wall Street Journal reported in August. The number of such accidents has also skyrocketed to 435 in 2015 from 128 in 2011, the Journal noted.

Fatalities have not slowed down, either, as evidenced in last week’s death of a 59-year-old worker while doing façade work at the former Domino Sugar Refinery in Williamsburg, Brooklyn. The man, who was wearing a harness that was not tied down, fell two stories, suffering head trauma. And last month, a crane operator and a member of his crew were killed in Briarwood, Queens, after a piece of steel became unsecured and landed on them.