Construction Supervisors Charged in Death of Worker at Meatpacking Site 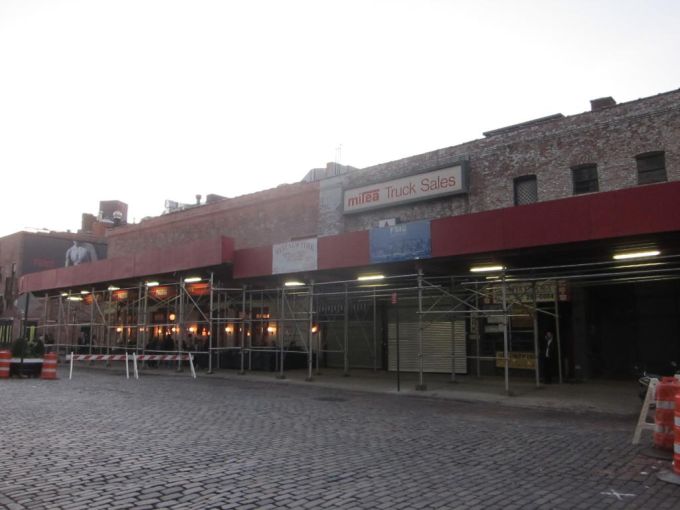 The men overseeing a Meatpacking District construction site where a 22-year-old was buried under mounds of dirt earlier this year have been charged with the young worker’s death, the Manhattan District Attorney’s Office announced today.

Wilmer Cueva of Sky Materials Corporation and Alfonso Prestia of Harco Construction (or H&H Builders) were charged with manslaughter, criminally negligent homicide and reckless endangerment, according to District Attorney Cyrus Vance Jr. The duo was responsible for the collapse of a 13-foot trench at 9-19 Ninth Avenue on the morning April 6, which wasn’t properly secured although workers were inside of it.

The construction site houses a two-story building owned and is being redeveloped by Aurora Capital Associates and William Gottlieb Real Estate, and will expand the building to about 70,000 square feet. Restoration Hardware, the high-end home goods store, inked a deal last October to move its flagship store to the building between Little West 12th and West 13th Streets, as CO previously reported.

A safety inspector first visited the site in February and told the defendants that the excavation trench wasn’t properly secured using approved methods. Roughly two months later a different inspector showed up, according to the DA and the complaint, and found the Ninth Avenue site was still unsecured. Later that morning, after warning Messrs. Cueva and Prestia that the trench was unsafe, the inspector found workers in the trench.

Mr. Cueva called out in Spanish for the workers to flee the hole, and that’s when it began to collapse. The pouring dirt trapped and crushed Carlos Moncayo, the worker, who died as a result.

“Carlos Moncayo’s death at a construction site was tragic, but it was also foreseeable and avoidable,” Mr. Vance said in prepared remarks.

Attorneys for Messrs. Cueva and Prestia did not immediately return calls for comment.

The fatal collapse has triggered officials to become more proactive on construction safety as buildings keep rising in the city. Mr. Vance also announced today that his office was forming a task force that targets construction fraud including bribery, bid rigging and safety violations. The DA’s office is partnering up with the city’s Department of Investigations, the Port Authority of New York & New Jersey and the Metropolitan Transportation Authority, among other agencies, for the task force, which will be headed by Assistant District Attorney Diana Florence.

The DOB also announced it would crack down on repeat offenders of safety violations and apply more discipline when it comes to licenses.

“The industry should take notice,” said DOB Commissioner Rick Chandler, in prepared remarks, “An attitude that violations are simply the cost of doing business will no longer be tolerated, the Department will be seeking to suspend or revoke licenses for those that repeatedly refuse to abide by the law.”