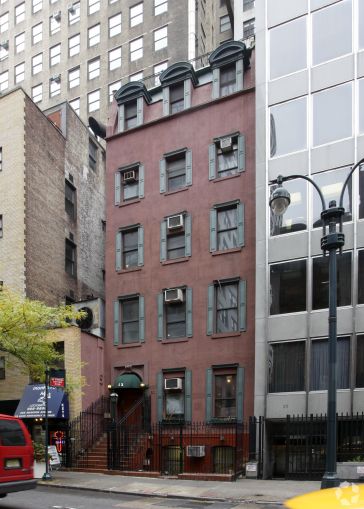 What used to be at 23 East 39th Street. Photo: CoStar Group

The Pestana Hotel Group, which has its flagship hotel in Lisbon, Portugal, is investing in New York City for a 99-year period with a $16 million ground lease for the Pestana NY East Side near Grand Central Terminal.

Pestana signed a $16 million ground lease, which started on Nov. 16 and terminates on Oct. 31, 2115, according to the memorandum of ground lease at 23 East 39th Street between Park and Madison Avenues, made public on Dec. 21.

Early this month the hotel owner and manager announced its investment in the East Side property, and said it would have 97 rooms over 27 floors. New York YIMBY reported at the end of 2014 that the hotel is slated to be 250 feet tall and designed by architect Gene Kaufman.

“Following the existing Pestana South Beach in Miami and the recently announced Pestana Newark and Pestana CR7 New York, the leading Portuguese hotel chain revealed in this occasion a new investment in New York, the Pestana NY East Side,” according to a post on the company’s website. It wasn’t immediately clear where in New York City the CR7 brand, a collaboration between Pestana and Portuguese soccer player Cristiano Ronaldo would be launched, other than that it would be near Times Square.

The 44-year-old Pestana Group, Portugal’s largest international tourism and leisure group, has a portfolio of 87 hotels in 14 countries across three continents.