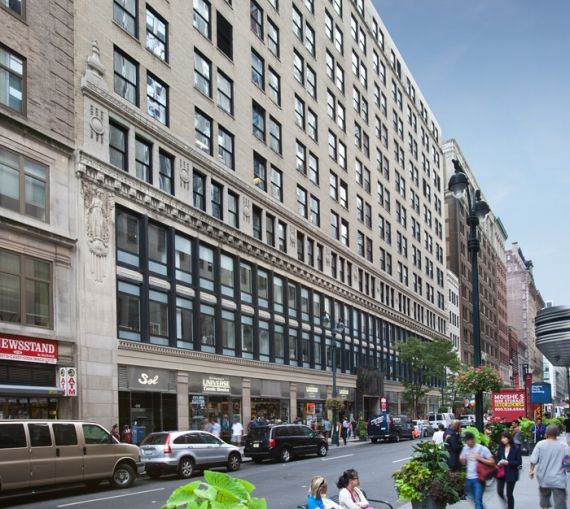 Global Design Concepts has signed an early renewal at 10 West 33rd Street, also known as the Fashion Accessories Center, according to the tenant’s broker, CBRE.

The fashion accessories designer will continue to occupy 18,953 square feet on the 11th floor of the 12-story building between Broadway and Fifth Avenue. The asking rent was not immediately clear, but rents in the building range from the mid-$40s per square foot to $60 per square foot, according to CoStar Group.

A spokeswoman for CBRE’s Keith Caggiano and Gary Davies, who represented Global Design Concepts in the deal, did not return a request for comment, and nor did a spokesman for David Levy of Adams & Co., who represented landlord Ten West Thirty Third Associates.

Global Design Concepts, which was founded in 1999, designs and distributes children’s backpacks, ladies handbags and cosmetic bags, umbrellas, hats and other accessories, according to its website.

The Midtown South building at 10 West 33rd Street is home to a number of fashion accessory tenants. United Footwear Group recently signed a renewal to keep its 4,574-square-foot offices in the building, as Commercial Observer previously reported.

Other current fashion tenants include You and Me Legwear, Gina Group, Hobo International and Steve Madden.