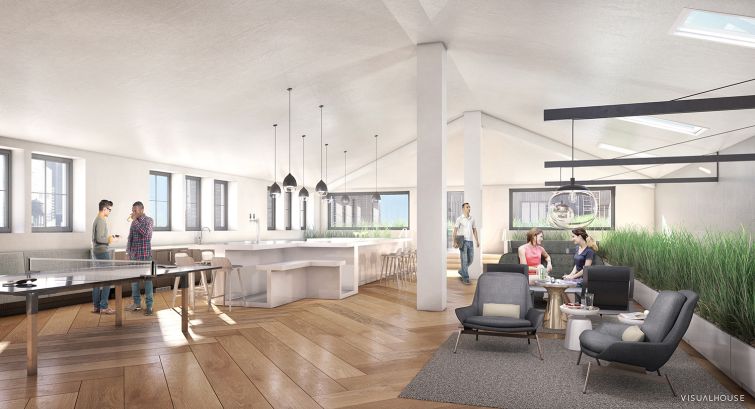 The shared office providing giant will occupy the 10th through 14th floors of the 14-story building, plus the penthouse and the roof deck. Asking rent for space in the building is in the mid-$60s range, according to a news release from the landlords.

The landlords will make a separate entrance for WeWork with its own branding as part of the 15-year transaction. The spaces are in loft style with 13.5-foot high ceilings and nearly floor-to-ceiling windows. WeWork is expected to move into the building in early 2017, according to a spokesman for the landlords.

“This is a win-win for all parties involved,” Billy Macklowe, the chief executive officer of William Macklowe Company, said in a prepared statement.

Referring to nearby tech companies and restaurants in the area, Macklowe added: This is an “ideal location and environment for the WeWork community.”

The landlords, which acquired the building in December 2015 for $107 million, recently completed a renovation of the property and rebranded the old printing building as an office structure called “The Press.”

The Real Deal was first to report news of the lease deal.