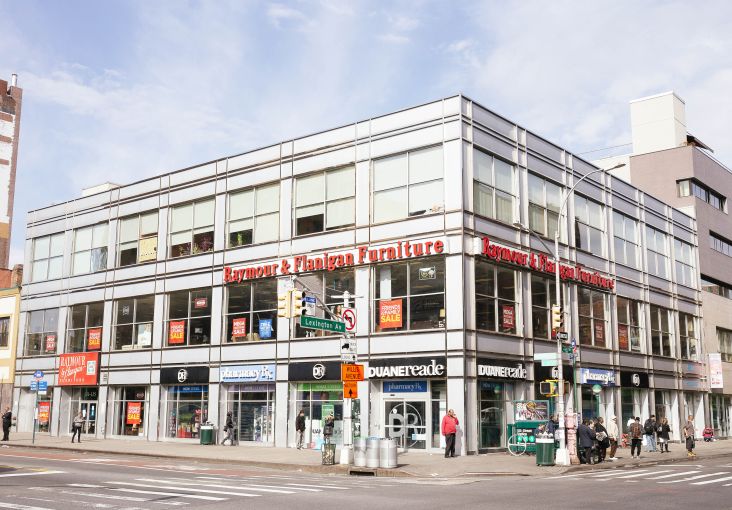 Less than four months after Thor Equities closed on a 45,000-square-foot office building in Harlem, the developer has sewn up a new lease for a sizable portion of the property’s retail space.

Commercial Observer has learned that Modell’s Sporting Goods has inked a 17,500-square-foot deal at 135 East 125th Street at the corner of Lexington Avenue. This will be the second location for the store along the popular Manhattan thoroughfare—it has another store at 300 West 125th Street between Frederick Douglass Boulevard and St. Nicholas Avenue.

The New York-based seller of sporting goods and activewear will be on a portion of the first floor and the entire second floor, according to information from Thor. Modell’s will take space previously occupied by furniture retailer Raymour & Flanigan. That comes out to about 4,250 square feet on the ground floor and 13,250 square feet on the second level, according to CoStar Group.

CO reported in June that Thor had closed on the building, as well as the adjacent 126 East 126th Street, for $75.5 million. Raymour & Flanigan’s lease at the 15-year-old building was due to expire at the end of this year. The retailer won’t be moving off of 125th Street: Wharton Properties signed the company to roughly 40,000 square feet at its 100 West 125th Street development in May 2015, as CO previously reported.

“After purchasing and repositioning this desirable asset, we were able to quickly secure space for Modell’s along the thriving 125th Street retail corridor,” Melissa Gliatta, the chief operating officer of Thor, said in a press release.

Duane Reade occupies the rest of the 26,000-square-foot retail section until the end of 2016, and its future at the building is still being worked out.

Modell’s signed a 10-year lease for the retail space, and is slated to open in spring 2017. Asking rent in the deal was $150 per square foot on the ground floor, a source familiar with the building said.

Michael Worthman of Thor represented the landlord in-house, while Modell’s represented itself.

A representative for the sporting goods retailer declined to comment on the deal.

Dick’s Sporting Goods won the auction to take control of Sport Authority in June with a winning bid of $13 million, as The Wall Street Journal reported in June. At one point leading up to the auction, Modell’s was considering buying anywhere from 100 to 200 of Sports Authority’s stores in a partnership with the United Kingdom-based Sports Direct International.

Modell’s, meanwhile, has retained a strong foothold in New York City, with 45 stores across the five boroughs. Ten of those locations are in Manhattan, according to the company’s website.