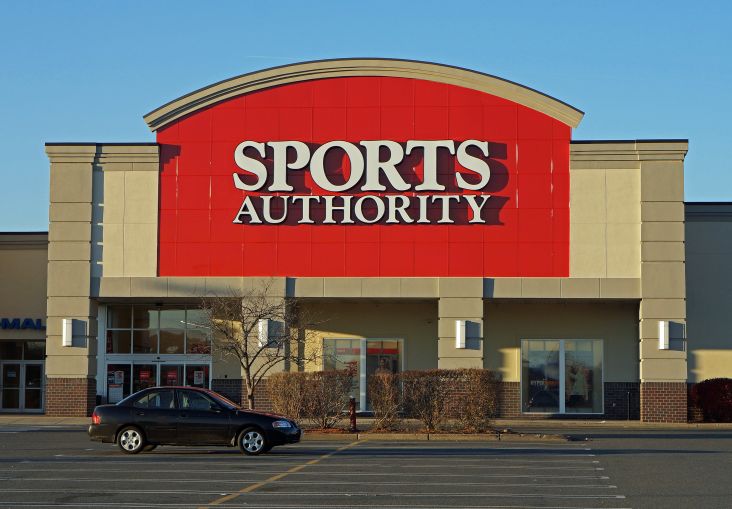 Morningstar Credit Ratings has identified 25 commercial mortgage-backed securities deals totaling $980.5 million that are at risk due to the imminent closure of 140 Sports Authority locations.

On March 2, the national sports retailer filed for bankruptcy and announced the store closings; another 60 still remain on the chopping block. Six of the 25 CMBS deals with exposure to the Sports Authority store closures location are seeing a greater risk of default because of potential drops in net cash flow, according to a report the agency released last week.

“I think that going into the new year you usually see some form of consolidation after the holidays,” Edward Dittmer, a senior vice president at Morningstar, told Commercial Observer. “Sports Authority is a case of corporate bankruptcy and really, the case of a company that might be in a sector that is being negatively affected by Internet sales.”

Two of the largest deals at risk include a $32.2 million loan on Caruth Plaza, a shopping center in Dallas, and a $12.3 million mortgage on Steger Town Crossing in Rockwall, Texas.

Sports Authority serves as the largest tenant at Caruth Plaza, occupying 28.2 percent of leasable space. The loan comprises 2.6 percent of Wells Fargo-sponsored WFRBS 2014-LC14. During the first three quarters of 2015, the mortgage had a debt-service coverage ratio of 2.05x. Payment on the loan remains current and Morningstar analysts believe that the borrower will be able to cover debt service even with the store closure.

The $12.3 million Steger Town note accounts for 1.5 percent of Goldman Sachs-sponsored GSMS 2011-GC3. The CMBS loan matures in January 2019, and if Sports Authority were to abandon its space, the debt service coverage ratio could dip below breakeven, according to Morningstar. Sports Authority is the largest tenant at the shopping center, taking up 54.8 percent of its 100,000 square feet.

“I’m not ready to call the end of brick and mortar retail,” Mr. Dittmer said. “It’s still a fairly strong and stable industry but you’re going to see pockets just like you saw with books and electronics—and now possibly sporting goods—where you may have to see some industry consolidation as a result of various factors, including competition from the Internet.”