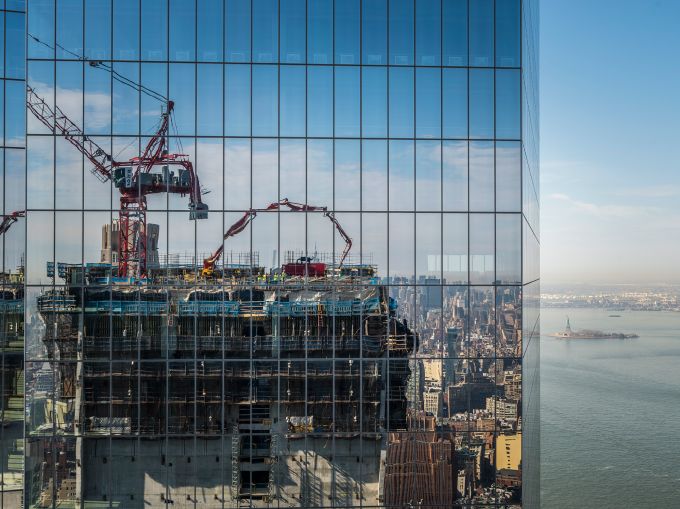 Over the summer, the sleek 4 World Trade Center has been a magnet for finance and insurance companies. In May, a financial tech firm took 69,000 square feet. Earlier this month, the stateside subsidiary of Zurich Insurance Group gobbled up three floors.

In the larger deal, a source in the know said Global Atlantic Financial Group has signed a deal for the whole 51st floor of the 2.3-million-square-foot building. In a press release, the landlord said a tenant had signed a 44,000-square-foot, 15-year lease on the floor, but declined to identify the tenant.

The international insurance firm is no stranger to the World Trade Center. Global Atlantic’s New York City offices are about 1,000 feet away at Silverstein’s 7 World Trade Center, according to its website. The company will be doubling its size in the move, as it leases 20,326 square feet for about half of the 47th floor of 7 WTC, CoStar Group indicates.

Validus, a Bermuda-based insurance firm, has also signed a deal to relocate its Big Apple operations to 4 WTC from within Downtown. The company has signed a 16-year lease for 24,489 square feet, according to the press release. That gives Validus a little more than half of the 47th floor of the 72-story tower.

The company is currently based at 48 Wall Street between Pearl and William Streets, where it leases 10,342 square feet, according to CoStar.

Camille McGratty of Silverstein represented the landlord in-house in the Validus deal along with Tighe, Siegel, Caperna, Eynon, Foster, Haskell, Hill and Meyerson of CBRE. Eric Deutsch and Jonathan Cope of CBRE represented Validus and declined to comment via a spokeswoman.

Asking rents in the two deals were in the $70s per square foot.

The three-year-old tower is now about 80 percent spoken for, with the biggest leasing push coming in the last few weeks. Zurich American Insurance Company signed a 132,000-square-foot deal for the 52nd through 54th floors of the skyscraper, as CO reported earlier this month.

“In the last four weeks alone, we’ve inked 200,000 square feet of new leases at 4 WTC,” Larry Silverstein, the chairman of Silverstein, said in today’s press release. “Top companies continue to be drawn Downtown because of its exceptional transportation, world-class retail and convenience to neighborhoods where today’s professionals are choosing to live.”

Hudson River Trading, a financial technology company, signed a deal to take two floors AT 4 WTC, as CO reported in May. The insurance and finance companies add to an interesting, diversified roster to the building. The Port Authority of New York & New Jersey, which leases the World Trade Center site to Silverstein, anchors 4 WTC, along with the City of New York. Technology, advertising, media and information services, or TAMI, firms include PadillaCRT, MediaMath and SNY—the broadcaster of the New York Mets.