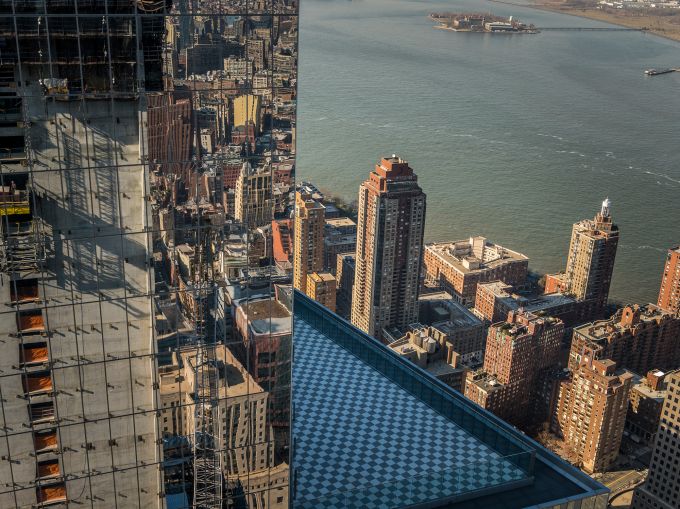 The second act of the World Trade Center has been about new companies in the technology sector taking space originally intended for financial company. And now, another firm that does both has inked a deal for two floors at Silverstein Properties’ 4 World Trade Center.

Hudson River Trading, which uses mathematical and statistical techniques to develop trading algorithms, has signed a 69,000-square-foot lease for the 57th and 58th floors of the 2.3-million-square-foot tower, according to a press release from the landlord.

The lease is for 10 years, according to a source familiar with the property. Asking rent at the building is in the mid-$80s per square foot. Hudson River Trading will also get a 5,000-square-foot terrace on the 57th floor, according to The New York Post, which first reported news of the deal.

The company is moving from RXR Realty’s 32 Old Slip next spring, according to Silverstein. It wasn’t immediately clear how much space the firm occupies at that property.

“HRT is thrilled to be moving to 4WTC,” a company spokesperson said in the Silverstein release. “In making this decision, we sought input from the entire company, and we received overwhelmingly positive feedback.”

“4 WTC’s ability to offer stunning panoramic views, the largest private outdoor terrace in the city and rich amenities…along with direct access to the Fulton Street hub proved a perfect match for HRT and its vision for its future home,” Mr. Corrinet said in a statement via a spokeswoman.

Silverstein’s WTC towers were initially designed with the intention of signing financial firms to occupy the building, as executives told Commercial Observer in March. But following the recession and its effects on the financial realm, more tenants in the technology, advertising, media and information services (or TAMI) sector has occupied the buildings.

While the Port Authority of New York & New Jersey and the City of New York anchor 4WTC, the building has increasingly become home to TAMI companies including MediaMath and SNY, the cable sports channel that broadcasts the New York Mets.