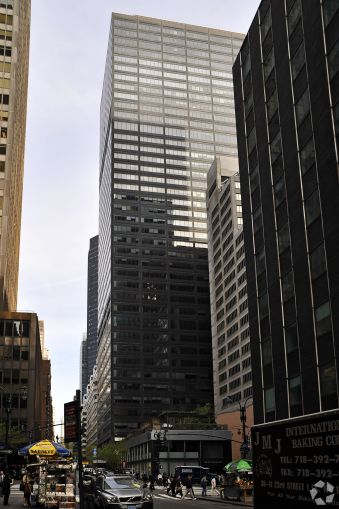 The Springfield, Mass.-headquartered firm will occupy 9,200 square feet for part of the ninth floor of the 1.1-million-square-foot building, otherwise known as Grand Central Plaza, according to a press release from landlord Charles S. Cohen. Mass Mutual is slated to move to the property later this year, relocating from three blocks over at 292 Madison Avenue at East 41st Street. It wasn’t immediately clear how many square feet the company occupies at that space.

Asking rent in the seven-year deal was $58 per square foot, the release indicates. Marc Horowitz of Cohen Brothers Realty represented the landlord in-house with David Glassman and Joseph Cabrera of Colliers International, while Stuart Romanoff and Amy Fox of Cushman & Wakefield represented Mass Mutual. Brokers for the tenant did not immediately return a request for comment via a spokesman.

The landlord has signed a number of tenants in the last year to the 39-story building, which is now 90 percent spoken for. In February, CO reported that Long Island-based Farrell Fritz signed an 8,200-square-foot deal to move its New York City offices to the building. Phaidon International, a British employment agency, took 15,500 square feet the same month. Another employment agency, Michael Page International, signed a 26,500-square foot lease in October 2015, as CO reported at the time.